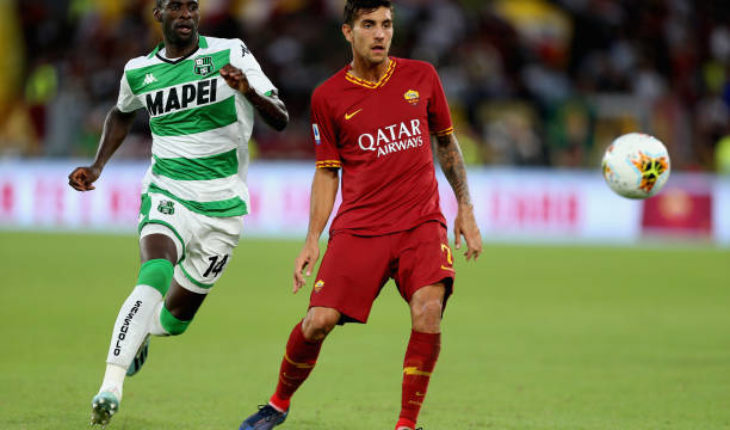 Pellegrini is being seen as a potential replacement for current Spurs attacking midfielder Christian Eriksen, whose contract at Spurs expires in the summer.

According to Guardian’s Rumour Mill, the north London club could make a move for Pellegrini as early as the January transfer window, as they look to add some freshness to their team.

Pellegrini’s current contract with the Italian club expires in 2022, but it does not have a release clause at the moment.

The Italian came through the ranks at Roma, before having a short spell at Sassuolo and then establishing himself at Roma once again.

The midfielder has made over 75 appearances for Roma, scoring 7 goals and 16 assists in all competitions. He’s been called up to the Italian national side on 12 occasions since making his debut in 2017.

Is Lorenzo Pellegrini a good replacement for Eriksen?

It seems that Danish midfielder Christian Eriksen is certain to leave Spurs by the start of next season. He is not going to sign a new deal at the club, which means that Spurs may look for buyers in the January transfer window.

Spurs’ decision to shortlist Lorenzo Pellegrini to replace Eriksen is a surprising one. Pellegrini is a young player with a lot of promise, but he is not similar to Eriksen in a lot of ways.

The Italian is a strong, tall midfielder, who can do a bit of everything. He can contribute in defence, move the ball forward with his dribbling skills, and create opportunities in attack with his passing, but he isn’t as prolific as Eriksen.

Pellegrini is an all-round midfielder whose primary position is in central midfield, although he can play as an attacking midfielder or defensive midfielder. The Italian is strong in the air and tactically astute. But, he hasn’t contributed enough with assists and goals for Roma.

Pellegrini would be a good signing, but not as a like-for-like replacement for Eriksen.