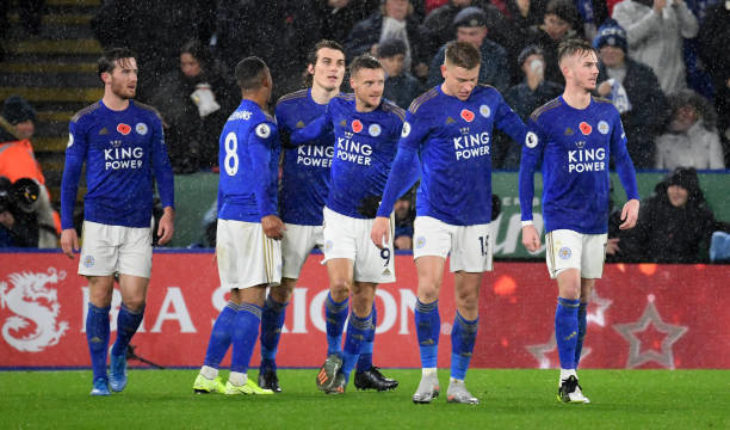 Gameweek 12 of the Premier League delivered an exciting weekend of action before the international break.

Liverpool asserted their dominance and extended their lead at the top of the Premier League table after their win over Manchester City, while Chelsea, Burnley, Newcastle United, Manchester United, and Leicester City also won comfortably.

There were several star performances this weekend, several of them coming in the blockbuster match between Liverpool and Manchester City.

Let’s take a look at the top 5 players of the weekend:

Chelsea have been on a roll in the league recently, and Frank Lampard’s men registered yet another win to take them to third in the league table.

The Blues defeated Crystal Palace at home, thanks to goals from Tammy Abraham and Christian Pulisic. Pulisic, after a slow start to life in the Premier League, seems to have settled in well, and scored his fifth goal of the season on Saturday.

The USA international was a constant threat on the Blues’ left side, driving at Palace’s defence, using his quick feet and energy to cause problems. He was rewarded with a goal in the 79th-minute and secured all three points for Chelsea.

Another left-sided player who impressed during the weekend was Burnley’s Dwight McNeil. The 19-year-old English winger played a part in the first goal, putting the ball in a dangerous area from a corner.

He then pressed high to win the ball, jinked past a defender and put it into Chris Wood’s path, who slotted it into the net for Burnley’s second of the night.

McNeil’s work-rate, pace, and delivery were impressive on the night as Burnley ran out 3-0 winners against West Ham United. He made 11 dribbles on the night, an impressive number for the exciting teenager.

Leicester City registered a famous win against Arsenal on Saturday night, helping the Foxes to second on the Premier League table. It was an all-round performance from Brendan Rodgers’ side, with the defence, midfield, and attack functioning well.

Jamie Vardy, James Maddison, and Wilfred Ndidi were very good against the Gunners, but one player who went under the radar yet put in a fantastic performance was right-back, Ricardo Pereira.

Pereira used his pace to good effect against Arsenal, pushing the Gunners back with his driving runs from the back.

The 26-year-old made 6 dribbles – more than any player on the pitch, as well as 5 tackles in the game. He kept the Arsenal attackers quiet, and did not allow wing-back Sead Kolašinac to bomb forward.

Marcus Rashford seems to have hit a purple patch, which has coincided with the return of Anthony Martial to the team.

The Englishman scored on Sunday against Brighton, his sixth Premier League goal of the season, which was assisted by Martial. The Frenchman had two assists on the night, and was a threat to the Brighton backline with his close control and dribbling.

The 23-year-old has scored thrice and registered two assists in all competitions, and has linked up well with Rashford. Keeping Martial fit will be manager Ole Gunnar Solskjaer’s priority as United seem to do very well when he is in the team.

Brazilian midfielder Fabinho scored his first goal of the season in the crucial game against Manchester City on Sunday.

The 26-year-old scored the opener in the top of the table clash, and then put on a solid defensive performance, shutting down space for the City midfielders. He kept the ball rolling and was on hand to help his defenders, while also making five key tackles.

The likes of Sadio Mane, Mohamed Salah, Roberto Firmino, and Andy Robertson will get praise after Sunday’s game, but Fabinho was the player that set the ball rolling for the Reds and ensured an important win.