West Ham United host Tottenham on Saturday to kick things off in the Premier League after the international break, and they face a Spurs side with Jose Mourinho as their new manager.

The Hammers have been on a terrible run of results in the league, losing four of their six games and drawing the other two.

Manuel Pellegrini’s side haven’t won since their impressive win against Manchester United back in September, and they need a win to get their season back on track. The last time these two sides faced off at the London Stadium in the league, Spurs won 1-0.

Midfielder Manuel Lanzini and goalkeeper Lukasz Fabianski are going to miss the derby. But, there’s some good news for the Hammers as the trio of Mark Noble, Jack Wilshere, and Michail Antonio are fit for Saturday’s game.

Let’s take a look at the possible West Ham United lineup for the game against Tottenham:

Roberto, who has stepped in to replace Fabianski in goal, had a woeful game last time around against Burnley. But, Pellegrini still seems to trust the experienced ‘keeper, and he should start at the back.

Issa Diop and Fabián Balbuena started at the back last time around and didn’t look convincing. Pellegrini could make changes with Winston Reid and Angelo Ogbonna options at the back. Balbuena could drop to the bench with Ogbonna replacing him in the side.

Ryan Fredericks could retain his place in the West Ham United Lineup, as could Aaron Cresswell at left-back.

Captain Mark Noble will be fit for Saturday’s game after there were worries about his fitness when he was hauled off in the 20th minute in the game against Burnley. He could start in midfield with Declan Rice, but with the injury to Lanzini and the poor form of summer signing Pablo Fornals, Pellegrini might make a big change in midfield.

Robert Snodgrass could move into the attacking midfield role from the wide right role that he played last time around.

Snodgrass’ move to the middle means that Andriy Yarmolenko could start on the right with Felipe Anderson playing from the left. Sébastien Haller will continue in his lone striker role up top. 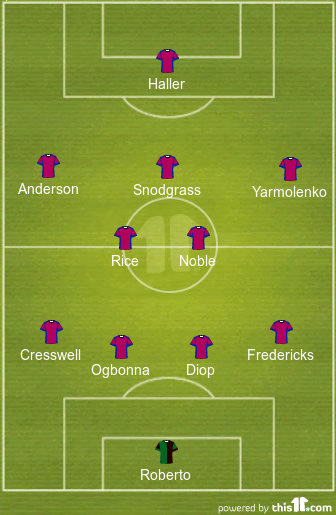 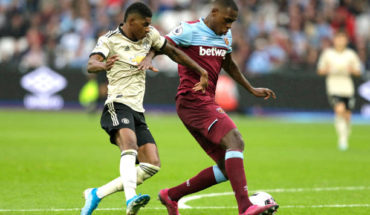 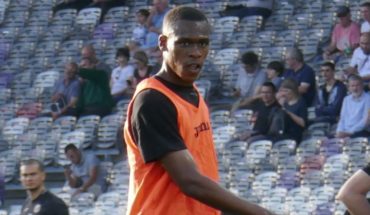