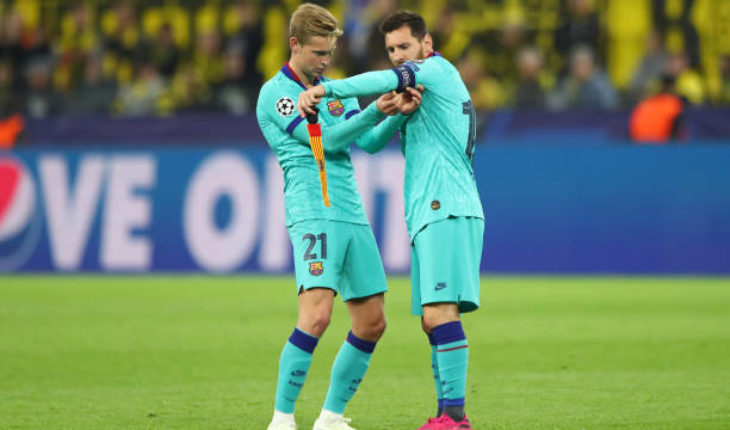 Barcelona have had two poor results, first losing to Levante in La Liga, followed by a draw against Slavia Praha in the Champions League at home. The Catalan club have a chance to turn things around this week when they face Celta Vigo at Camp Nou, with the visitors struggling and in the relegation zone.

Ernesto Valverde’s side are top of the La Liga table on goal difference with Real Madrid and Real Sociedad on the same number of points as them, while Atletico Madrid and Sevilla are just a point behind them. Barcelona’s opponents for this week, Celta, have lost five of the last six La Liga games this season, and sit in the 18th place on the table.

Let’s take a look at the probable Barcelona lineup that Valverde may put out this week.

Jordi Alba went off at half-time in the mid-week Champions League game due to a hamstring injury, and he is set to miss out against Celta. Luis Suarez has been declared fit but might not be risked by his manager just before the international break.

Marc-André ter Stegen should retain his place in the Barcelona lineup.

Gerard Piqué and Clément Lenglet started and played the entire 90 minutes of the Champions League game and they should start once again this weekend. Samuel Umtiti is an option as he has returned from injury.

Jordi Alba suffered yet another injury, this time in the Champions League game, and he will not feature this weekend. Nélson Semedo and Sergi Roberto will vie for the right-back spot in the Barcelona lineup while Junior Firpo might get a start at left-back.

Arthur has missed the last two games, possibly due to a knock but is likely to make a comeback here.

Sergio Busquets had a poor game in the Champions League and was replaced before the 90 minutes amid reports of him feeling unwell.

There is a chance he might not be risked which will likely see a midfield 3 of De Jong, Arthur and the industrious Vidal take over.

Luis Suarez may not be risked from the start and could be used as an impact substitute if the need arises, with the break coming up.

That might push Lionel Messi out into the middle, leading the attack, while Dembele and Griezmann might take up the flanks.

Ansu Fati is another strong contender for a start though. 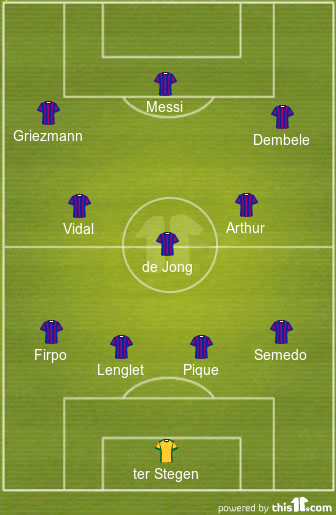