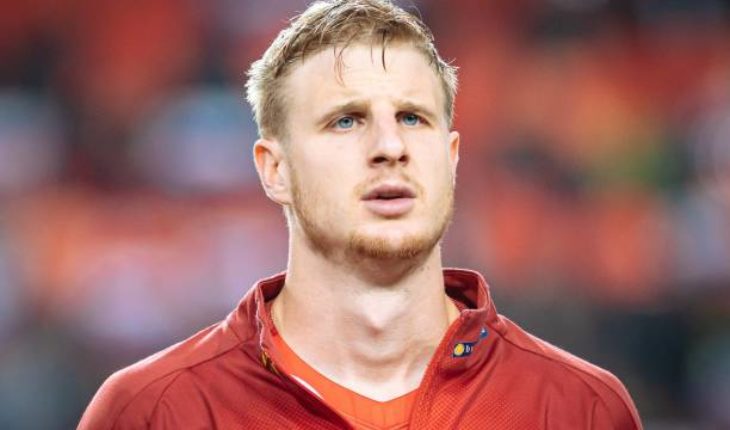 Arsenal are interested in signing centre-back Martin Hinteregger from German side Eintracht Frankfurt, as per reports.

The 27-year-old defender joined his current club earlier this season and has been in good form so far.

Hinteregger has been tracked by the Gunners, as per an exclusive by Football Insider, while Premier League side West Ham United are also interested in the Austrian international.

The report states that Hinteregger is valued at £22 million and that the north London side could make a move for him in the January transfer window. Arsenal’s scouts have reportedly kept close tabs on him.

The Austrian has five years left on his current deal, which he signed earlier this year in the summer transfer window when he moved from Augsburg for around €12 million.

The defender spent the second half of last season on loan at the German club, before making his move permanent this season.

Hinteregger has made 43 appearances for the Austrian national team since debuting in 2013.

Why Hinteregger is the player Arsenal need

Hinteregger is a left-footed defender who is a strong defender, who puts his body on the line and is a good tackler. The Austrian averages 1.9 tackles per game this season in the Bundesliga and 1.6 clearances.

The central defender is very good in the air, averaging 3.4 aerial challenges per game in the league this season, which is an area where the Gunners have looked weak.

Hinteregger is good with the ball at his feet and can move forward with the ball, and is also eager to play long balls from the back, averaging 3.3 long balls per game this season. This could be effective at Arsenal as the Gunners have pacey forwards who can latch onto these through balls.

Being a left-footed player, Hinteregger could be paired with Sokratis or David Luiz, who are both right-footed. The left-right combination at the back has been lacking at the back for the Gunners.

Strong in the air while attacking and defending, a strong tackler, and good ball player, Hinteregger could be a good signing for the Gunners, who have looked very poor at the back this season, conceding 15 goals in 11 games.