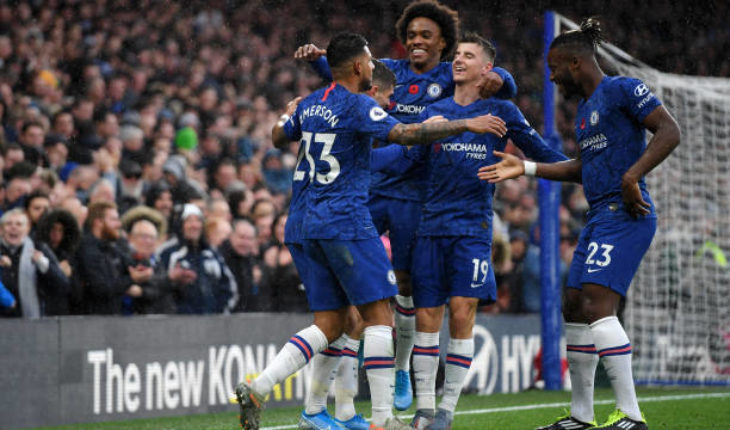 Heading into the November international break, Chelsea are third in the Premier League, 8 points behind league leaders Liverpool, and level on points with Leicester City.

The Blues, under new manager Frank Lampard, have bounced back from initial setbacks to string a run of good wins in the league.

Chelsea lost heavily in the opening game of the season, but went on to win several games in the league, and have now won their last 6 Premier League clubs after their loss to Liverpool.

With Manchester City losing to Liverpool, Chelsea moved to third in the league, following a win against Crystal Palace at home.

3 reasons why Chelsea can challenge for the Premier League title

League leaders Liverpool have a tough month ahead of them after the international break, as they play 10 games till the end of December. The Reds will travel to Qatar to play in the Club World Cup, while they are also still a part of the League Cup.

Chelsea, meanwhile, will not play in either tournament. The Blues lost to Manchester United in the League Cup in the Round of 16 of the competition.

These fewer fixtures could help Lampard rest a few players and keep them fresh for the Premier League, and perhaps even overtake Liverpool and put the pressure on them when they play in the Club World Cup.

Chelsea’s new-look team is a result of their transfer ban, which did not allow them to buy new players, but also due to injuries to some key players.

Their most experienced central defender, Antonio Rudiger, has nearly missed the entire season, barring a 45-minute appearance in the Premier League. Injuries have troubled the German international, but the Blues will be a tougher team to beat when he returns to the heart of the defence.

Another key player who has missed several games in the league this season is French midfielder N’Golo Kante, who was instrumental in Leicester City and Chelsea winning the Premier League in recent years. He has made just five appearances and played the entire game against Crystal Palace.

Kante’s presence in midfield will add experience, defensive stability and energy in midfield. Ross Barkley is another player whose season has been disrupted by injury, while Ruben Loftus-Cheek could be like a new signing for Lampard when he returns from his injury layoff.

The return of these players will add depth and quality to the Chelsea squad, which could make the Blues a stronger force.

One statistic that has worried Chelsea fans about Frank Lampard’s team is the number of goals they have conceded in the league this season. The Blues have let in 17 goals in 12 games, which is nowhere near what a title-winning defence’s defensive record.

But, the reason for this stat is because of the fearless attacking play that Lampard has encouraged his young players to showcase.

The likes of Mason Mount, Christian Pulisic, Tammy Abraham, and the experienced Willian have been exciting in attacking areas, while midfielders Jorginho and Mateo Kovacic look like completely different players from last season.

The front-foot, attacking, all-guns-blazing style of play that youth bring to the table could perhaps take them all the way.