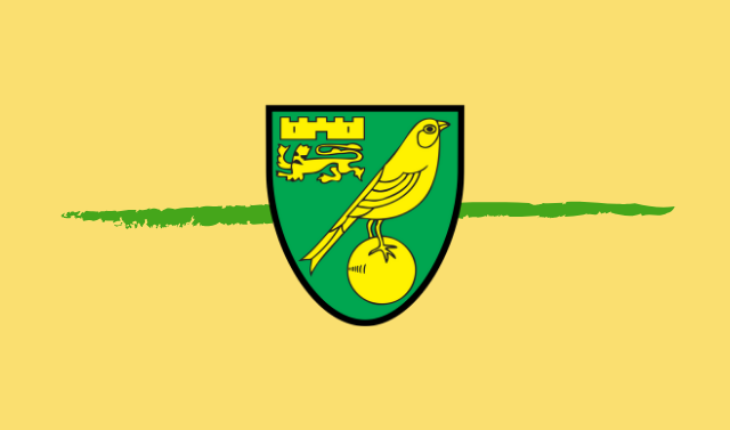 Norwich City welcome Manchester United on Sunday, in what will be an exciting clash between the two teams. Norwich have not won a game since their incredible and unbelievable 3-2 win against Manchester City. They have lost 3 and drawn 1 match since that win against the defending champions.

The Canaries will want to give United a tough game, with the visitors having struggled for goals lately, even more so away from home. The last time these two sides met at Carrow Road, Manchester United won 1-0, back in 2016.

Let’s take a look at the possible Norwich City lineup for the game against Manchester United.

Tim Krul has played 7 of the 9 Premier League games for Norwich City this season. The former Newcastle United goalkeeper should start in goal in the Norwich City lineup today.

Ibrahim Amadou and Ben Godfrey started at the back for Norwich City against Bournemouth and kept a clean sheet away from home. The duo should retain their places at the heart of the defence once again.

Max Aarons also started last time around and he, too, could retain his place, but Sam Byram could be a much more defensive option for Norwich as well. Aarons can cause trouble with his driving runs, but Byram offers defensive stability.

21-year-old Jamal Lewis has started every game for Norwich City in the left-back position this season, and he will most likely start against Manchester United as well.

Experienced defensive midfielder Alexander Tettey started against Bournemouth last time around and was in great form against the Cherries. The 33-year-old played in the holding midfield role before moving into defence. He will most likely start at the base of midfield and offer a screen to the back four.

Moritz Leitner and Kenny McLean have offered something in attack and defence for Norwich City this season, and the two could start in the Norwich City lineup against Manchester United.

Emiliano Buendía has troubled defences with his movement, dribbling and passing this season, and he will be a big threat against Manchester United from the right.

Teemu Pukki, Norwich’s top scorer for the season with six goals, will start up top, while Todd Cantwell will retain his place on the left. 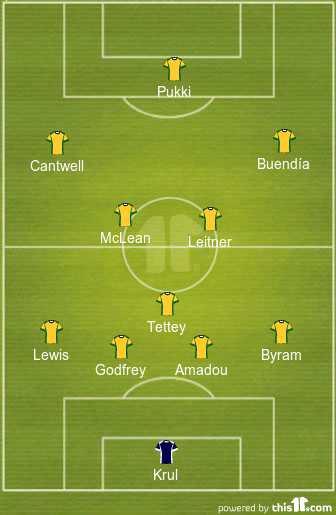