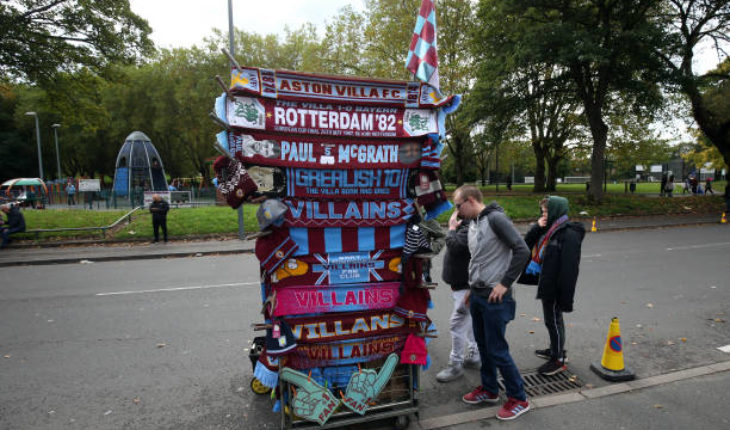 Midweek football has returned for another round. We are welcomed with a tantalising fixture between two real rivals in the Midlands. It will be the 127th fixture between these two teams. It’s a game that provides an important hurdle for each team if they want to progress into the next round, the Quarter Finals. Additionally, it provides the supporters with a precursor to the game in the Premier League between the two sides on the 10th of November. For Aston Villa and Wolverhampton, this proves an exciting matchup.

I am expecting a dramatic change in the lineups for both teams in comparison to how they lined up on the weekend in the league. For Villa, I’m predicting that the starting eleven that played Manchester City will be fully turned over, bar maybe one or two players.

Jed Steer will continue his Carabao Cup appearances with a start here against Wolves. The backline will see Engels, Mings, Gilbert and Targett rested. Dean Smith will be looking at giving Ezri Konsa, Ahmed Elmohamady, Neil Taylor and Kortney Horse game time as a back four. Hause will be playing for the first time against his former employers. With James Chester still recovering from an injury I don’t expect to see him feature.

In the midfield we will see ‘Super’ Jack Grealish rested after his calf strain that will see him miss between two-four weeks of football as the worst case. Even jeopardising his potential England Euro 2020 qualifiers call-up.

John McGinn will be rested as well as Marvelous Nakamba but I do see one of these two come on in the second half for some game time. Douglas Luiz, Henri Lansbury and Conor Hourihane will pull the strings in the middle of the park for the Villains.

Up top, Wesley will be given a break after a poor performance away at Manchester City. Keinan Davis or Jonathan Kodjia will come in up top. I would love to see Villa start with Kodija personally. Expect to see Jota and El Ghazi/Trezeguet to occupy the wing positions.

For Wolverhampton, they will be making a few of their own changes to their starting lineup that fought back a draw at Newcastle on the weekend. Ruddy will be given a start in goal for the Wolves. With Boly out injured, after sustaining a broken ankle, expect Nuno Santos to blood some youth through the backline. Young players in Kilman and Vinagre will be given minutes against Aston Villa.

Across the rest of the park, we may see promising English midfielder Gibbs-White provided with a needed start. As well as young Dion Sanderson or Taylor Perry could be given some time to impress their manager. I would expect Ruben Neves and Joao Moutinho will also play alongside Gibbs-White in the centre.

There is talk that Raul Jimenez will be rested for this game as a protective measure. He has been playing with a broken wrist in a protective cast for sometime now. Italian striker Patrick Cutrone would be the expected replacement. Benny Ashley Seal could be given time after scoring 8 goals in five starts for the U23 team.