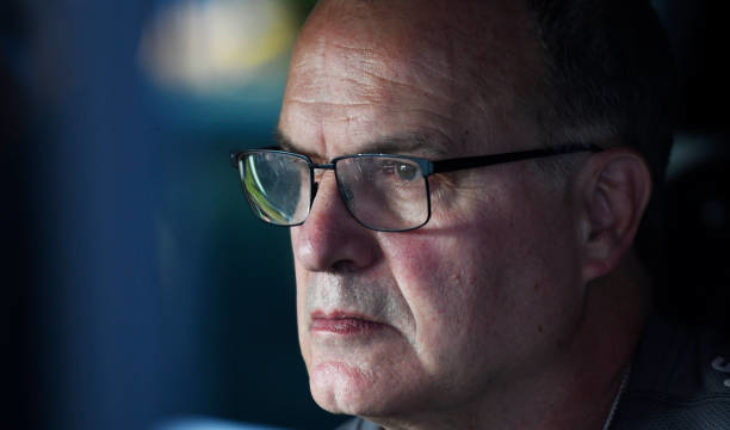 Leeds United endured their second loss of the 2019-20 Championship season when they were beaten by Charlton Athletic last weekend. The Whites have now slipped to fourth in the Championship table, behind Nottingham Forest, Swansea City, and will take on West Brom on Tuesday.

The Whites will welcome the leaders to Elland Road, and it is expected to be an even game as West Brom are the only side still unbeaten in the league, and will want to keep that unbeaten record.

Let’s take a look at the possible lineup that Leeds United manager Marcelo Bielsa may put out for Tuesday night’s game:

Luke Ayling and Barry Douglas played for Leeds’ U23 side on Monday, as did Leif Davis, but they aren’t expected to play a part come Tuesday.

Adam Forshaw is set to miss out, with the central midfielder still not fit enough from the injury that he sustained before the international break.

32-year-old Kiko Casilla will continue in goal for the Whites for Tuesday night’s big match. The Spaniard has played all 9 of Leeds league matches this season.

We could see an unchanged defensive lineup for Leeds United’s match on Tuesday. Liam Cooper and Ben White, who have played together for 8 of Leeds’ 9 league matches this year, will continue as the two centre-backs for Bielsa.

Stuart Dallas and Ezgjan Alioski have seemingly won over Bielsa and will retain their places in the full-back roles. The two wingers converted into full-backs got their opportunities due to injuries to Ayling and Douglas.

With Forshaw out, Jamie Shackleton will keep his place in the Leeds United lineup against West Brom.

Mateusz Klich and Kalvin Phillips will continue in their roles in midfield. We could maybe see Tyler Roberts introduced to the side in the second half, like he Bielsa used him against Charlton.

Patrick Bamford may finally make way for Eddie Nketiah in the Leeds starting lineup after Bamford couldn’t convert his chances against Charlton.

Pablo Hernandez will miss the match which means that Helder Costa will retain his place, while Jack Harrison will start from the left for Leeds against Charlton. 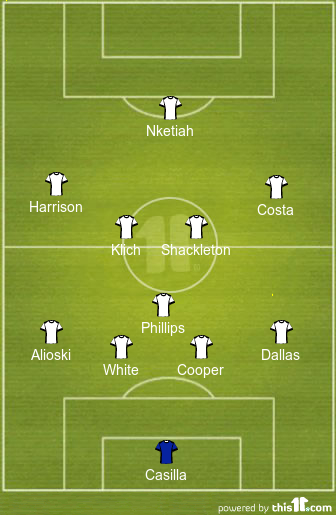 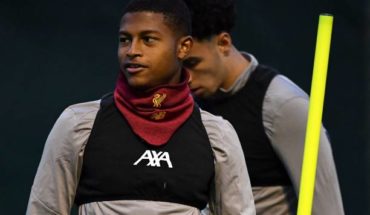