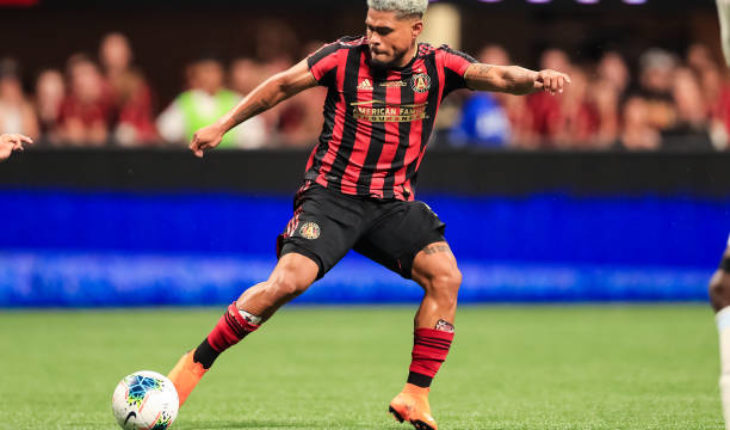 MLS striker Josef Martínez is a target for Newcastle United after the Magpies scouted the Venezuelan striker extensively. Martinez plays for Atalanta United, where he previously shared a strong partnership with current Newcastle United attacker Miguel Almiron, guiding the club to the MLS Cup.

According to Chronicle Live, Newcastle United have added Martinez to their list of targets for the January transfer window. The Venezuelan international joined the MLS club in February 2017 from Italian club Torino and has an incredible goalscoring record at the club. The 26-year-old has scored 86 goals in 95 games for the MLS side, including 31 goals in 34 games in the 2019 season. Martinez is currently on a great goalscoring run, scoring in 15 back-to-back matches, which is a new record in the MLS.

He had formed a deadly partnership with Miguel Almiron, with Almiron scoring 22 goals and 21 assists in his 70 games for Atalanta.

Martinez previously played for Young Boys, FC Thun, and Torino in Europe, and has also made 51 appearances for the Venezuelan national team, scoring 12 goals.

What will Josef Martinez bring to the Newcastle United team?

Josef Martinez is a fantastic goalscorer who comes alive in and around the penalty area and puts away most of his chances. The 5’7″ striker has great anticipation when he is inside the penalty box, while he is also a player who can hold up the ball well and bring his teammates into play.

The 26-year-old is a fine crosser of the ball and has the vision to pick out teammates with his through balls as well. Martinez has averaged 4.1 shots per game this season, while he is also decent in the air despite his short frame, averaging 2 aerial duels won every game.

The Magpies have struggled with goals this season, with summer signing Joelinton scoring just one goal so far this season. Signing a player like Martinez, who is a proven goalscorer, could be a good move by the Premier League side. Reuniting him with Miguel Almiron could also be a smart decision by the Magpies transfer team as the two know each other’s game and have flourished when they have played together.

Newcastle should move for him as they do not have depth in the striker’s department and will certainly need it in the second half of the campaign where just the services of Joelinton might not be enough.