Jurgen Klopp’s Reds go into the first international break of the new campaign on a high, standing as the only team to win each of their four games so far this season. They missed out on the league title by just a point last season and the manager will be determined to take the next step this season.

They have made the perfect start to their journey to the summit. They do not look like they will slow down anytime soon and the stats say something similar.

Here are three such interesting stats that show how well Liverpool have progressed this season.

13 Wins On The Bounce

Liverpool ended the last season on a strong note and started the new campaign even better. The win against Burnley marked Liverpool’s fourth win this season but dating back to last season, Liverpool have now won each of their last 13 league games.

Everton remain the last side to take points off of Jurgen Klopp’s Reds, who have beaten every side they have faced since. It was not enough to lift the title last season but this remains the longest winning streak for a top-flight club in Europe at the moment.

Jurgen Klopp’s system at Anfield sees his full-backs play almost as wingers while his wingers push in and create havoc in and around the box. This is a system that has paid rich dividends at Anfield and Klopp is only making Liverpool stronger this season in this regard.

After four games, Liverpool have amassed a total of 101 crosses and for a team without a natural striker, this is on the higher side. However, they have created chances from at least half of these crosses, showing Liverpool’s strength from out-wide. The pace and directness of their attacks often carve through even the best of defences but Liverpool have found a way to break deep blocks, thanks to Trent Alexander-Arnold and Andrew Robertson.

They have registered more crosses than any other side in the league and more long balls than any other top-6 side this season. This shows that Klopp is working on making his attack multidimensional, which could spell danger for the European and English giants.

Another record Liverpool will be proud of is their current streak at Anfield. After losing to Crystal Palace late in the 2016/17 season, Liverpool have not lost a single game at home, in more than two seasons. They are unbeaten at Anfield in their last 42 games. What is more impressive is the fact that they have registered victories in 32 of those games.

These stats surely seem to be point towards Liverpool’s prolonged domination which does not seem it will end anytime soon, thus setting them up on the perfect path to finally conquer their elusive search for the Premier League title. 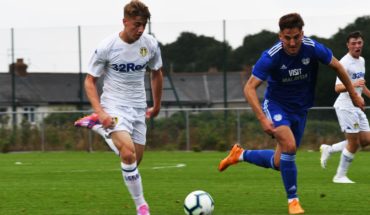