Tottenham Hotspur had a massive scare in the first game of the 2019-20 Premier League season against new boys Aston Villa, who led Spurs for the majority of the game.

Villa took the lead in the ninth minute through John McGinn, but Spurs had to wait until the 73rd minute to equalise, when new signing Tanguy Ndombele got on the score sheet.

Spurs’ first goal came 10 minutes after the introduction of Christian Eriksen, who was on the bench, and many pundits have lavished praise on the Danish midfielder and his impact.

Let’s take a look at 3 reasons why Tottenham are better with him playing:

Controlling the tempo of the game

Eriksen is a player who likes to keep the ball moving – short and long passes – and controlling the tempo of the game with his passing.

Not many midfielders in the Premier League, let alone Spurs midfielders, can dictate the play and the speed of the play like Eriksen.

The midfielder settled the Spurs side after coming on against Villa, and made sensible passes rather than booting it long to Harry Kane and co. in attack.

The absence of Dele Alli and Son Heung-min as well as the benching of Eriksen and new signing Giovani Lo Celso meant that there wasn’t a player who could link Spurs’ midfield and attack, and also provide killer balls.

Spurs are very good from set-pieces, scoring 16 goals last season from set-piece situations, with Eriksen taking a majority of them.

When playing against dogged defence like Villa’s, and when numerous plans fail, set-pieces can be a great way to get goals.

Unlike some midfielders who hold on to the ball for the sake of possession and play it safe, Eriksen is a player who is always on the front foot with his passing and puts through strikers with through balls and aerial balls to catch the opposition off guard.

The introduction of Eriksen upped the tempo and the urgency shown by Spurs’ attack, with the likes of Kane and Lucas making runs behind the defence.

Eriksen is especially important when Spurs don’t have the likes of Alli, Son, or Lo Celso in the starting line-up. 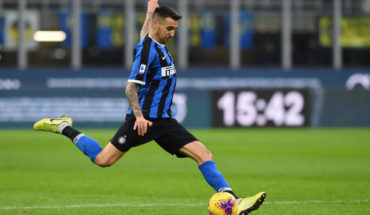