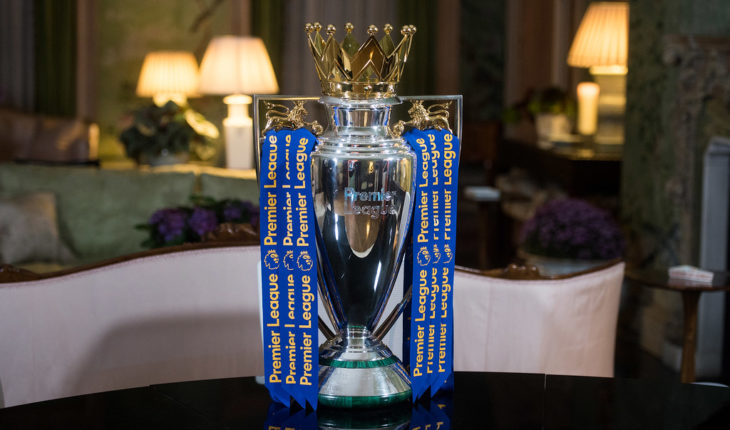 The title challenge is one of the biggest thrills supporters get from this outstanding competition. Manchester City, Liverpool, Manchester United, Chelsea, Tottenham Hotspur and Arsenal are the traditional challenges for this prestigious silverware.

With Manchester City taking the crown over the last two campaigns, the rest of the competition will be hoping to take points off them to hinder any three-peat attempt. Liverpool fans will be hoping their club will go one place better this year after their near-miss in the 2018-19 season.

Here we will look at the main contenders for the title and briefly assess their chances ahead of a gruelling season which has already kicked off.

Can they go back-to-back-to-back? City fans will be beaming with confidence that this team is a class above their competition and saying that the Premier League will run its course, they want European glory. After winning the league last year by a point over Liverpool, they have added the likes of trusty defensive midfielder Rodri into the squad as well as João Cancelo (Juventus) on big transfers. Angelino re-joins the club after a season at PSV in the Netherlands and Scott Carson comes in as cover after being released by Derby County. Rodri and Cancelo are superb business by the Citizens which strengthens the team immediately.

The worry for me? Centre of defence. Losing influential figure in Vincent Kompany, they have lost a steady defender who provided tremendous leadership on and off the field. Aymeric Laporte, John Stones and Nicolás Otamendi will all have their work cut out for them because they are all known to make the occasional error. Going into a title defence with only three recognised central defenders is alarming.

Any errors will be capitalised on by Liverpool who will be breathing heavily down Manchester City’s neck this campaign which looks like it will go down to the wire once again.

I do see, however, City losing out on the title this year but going further in Europe, would you be happy with that compromise City fans?

Can Liverpool go one spot higher? Can they bridge that one-point deficit from last year?

This team has spent little to no money in the transfer period but the Reds’ fans should not be too worried. The squad has immense talent when you look at Salah, Van Dijk, Firmino, Mane, Henderson, Fabinho, Alexander-Arnold and I could continue listing another ten plus names. Jürgen Klopp has a squad that can not only win this league for the first time since the transition from ‘Top Division’, but they can also go back-to-back in Europe.

A resounding 4-1 win at home on the weekend set Liverpool up for an exciting, attacking filled season in which they have already won a trophy in the form of UEFA Super Cup. Worries are with goalkeeper Alisson, who is out for 4 – 6 weeks. Adrian, who came in on a free transfer after his release from West Ham, is a handy backup though.

Manchester City better keep checking over their shoulders this year, because if they slip up at all, Liverpool will overtake them on the ladder.

Tottenham Hotspur have started this campaign, buoyed by a good summer. Their stadium is ready and raring to go from the start, and they’ve done some actual business this transfer window. The north London outfit have signed Ryan Sessegnon, Tanguy Ndombele, and Giovani Le Celso (on loan) and Jack Clarke (sent back to Leeds on loan).

Winning 3-1 on the opening day against Aston Villa was a good start. Although the side didn’t play at their best, they turned it on towards the latter stages of the game and emerged deserved winners.

Have they done enough to win the league? Well, they have improved the squad and will have fewer disruptions than last campaign. It will still be hard for last year’s runners up in the UEFA Champions League final to bridge the gap between themselves and Liverpool and Manchester City.

Personally, I think the right-back spot is a weakness for them with Kieran Trippier no longer at the club, and Serge Aurier being inconsistent. Additionally, a creative midfielder would have been a handy addition even though retaining Christian Eriksen will give them a big boost.

If Paulo Dybala had signed, then yes, they could have won the league this year. That element is missing from this side but rest assured, a top-three finish is absolutely achievable. As well as another deep run in the Champions League.

This is Ole Gunnar Solskjær’s first full campaign as Manchester United manager. They have made additions, but many fans and pundits alike are asking if they are the right ones.

Scoring didn’t seem a problem against Chelsea last weekend. A brace from Rashford and goals from Martial and James set them on their way as they picked up a resounding 4-0 win. I have Manchester United down to having a much-improved season this year in comparison to last campaign.

Have they done enough to potentially push cross-city rivals in City as well as Liverpool and Tottenham?

Personally, no, I think Solskjær will still be working his magic on the squad this year, trying new ideas and experimenting across the board. They might slip against teams United should beat. They will also win handsomely against strong teams like they did last weekend against Chelsea. One thing is for sure, we are going to be watching an exciting Manchester United side that will bring back the hustle rather than the uni-dimensional approach in the last 6 years.

Notable mentions are Chelsea and Arsenal from this analysis. My opinion is that Chelsea are in a transitioning / rebuilding season under the guidance of Frank Lampard. Having the transfer ban has meant that the new manager hasn’t been able to add players he would have liked. Additionally, he will have to rely on the youngsters at the club — like Abraham and Mount — to fill in the void left by the likes of Alvaro Morata, Gonzalo Higuain and Eden Hazard’s departures.

Arsenal have invested smartly this window, but have they done enough? Nicolas Pepe is a talented player, no doubt about that, but he will take time to adjust to the physical league and develop that chemistry with his new teammates.

Dani Ceballos is a crafty midfielder and David Luiz is a useful pick up from neighbours, Chelsea. I can see Unai Emery’s side taking a spot from 4th to 6th, I will be personally surprised if we see them finish this campaign in the top two. Reiss Nelson could be a surprise package this year. Keep an eye on him.