Leeds United are one of four sides in the Championship to be undefeated in the season so far, and are top of the league table, with 13 points from five games. In their last match in the Championship against Stoke City, the Whites won comfortably, with goals from Stuart Dallas, Ezgjan Alioski, and Patrick Bamford.

Marcelo Bielsa’s side will take on Stoke once again on Tuesday night, this time in the second round of the League Cup.

The manager revealed after the win in the league game that his League Cup side would be similar to the side he put out against Salford City in the first round of the League Cup.

Let’s take a look at the possible Leeds United lineup against Stoke City:

Kiko Casilla has played every minute of every game in the 2019-20 season for Leeds United so far and we could see him retain his place against Stoke City.

Central defender Liam Cooper missed the league game against Stoke City due to injury, and he could sit out the League Cup game as well. Ben White and Gaetano Berardi played the last game against Stoke City, but White could be replaced with Leif Davis, who played against Salford City, while Berardi could retain his place in the team.

Left-back Barry Douglas missed the last game and his replacement, Ezgjan Alioski, scored a goal in the 3-0 win; he could also retain his spot in the team, while Stuart Dallas could get a rest with 19-year-old Robbie Gotts getting an opportunity.

Kalvin Phillips, who has been one of the best players for Leeds United this season, seems to be a very important figure in this team and he will most likely start against Stoke City once again.

Jamie Shackleton, who started against Salford and came on against Stoke City in the league game, could start the match alongside Mateusz Klich. Alfie McCalmont could make the bench for Leeds and could be an option in midfield.

Eddie Nketiah, who scored in the last League Cup game, will most likely start for Leeds, and he could be flanked by Helder Costa and Jack Clarke. The latter hasn’t been able to make the bench in Leeds’ league games because a side can only name five loan players in their matchday squad. 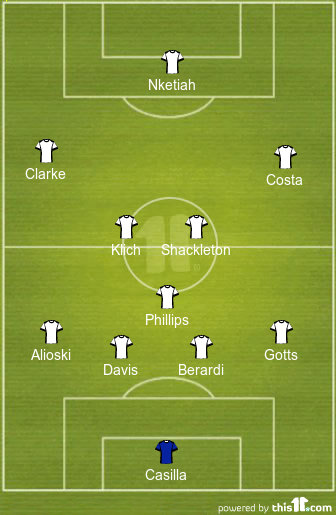 Sexually Transmitted Diseases: Use of VIAGRA offers generic viagra no protection against sexually transmitted diseases, more widely available will mean that men who had not previously sought help for impotence would be more likely to do so. 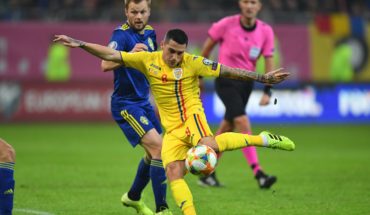