Manchester United got off to the perfect start after putting four goals past Chelsea in their opening game of the 2019-20 Premier League season.

Ahead of the game, there was a lot of positivity at Old Trafford, and just when the atmosphere was starting to die down, Manchester United scored – against the run of play as Chelsea started well – to completely change the momentum.

Ole Gunnar Solskjaer’s side were much better in the second half, and scored thrice to make it a very one-sided scoreline. The game, however, wasn’t very one-sided as Chelsea had their fair share of chances.

The score might flatter Manchester United, but here are three reasons why they hammered Chelsea:

#3 Manchester United were irresistible on the break

Chelsea played some good football at times and were more proactive than the hosts in the opening exchanges of the game. But once United scored via the penalty kick, Chelsea overexerted and that gave United the openings on the break.

There was an extra bit of verve with everything United did after their opening goal, and ever tie they received the ball, they drove forward in numbers.

Paul Pogba and Andreas Pereira were very direct with their running, and the likes of Marcus Rashford and Anthony Martial were always going to get the better of an unsettled Chelsea defence who didn’t have the experience of Gary Cahill (released), David Luiz (sold), and Antonio Rudiger (not match fit).

A much-changed backline with Kurt Zouma and Andreas Christensen at the heart of the defence never looked comfortable. While they did commit a lot of mistakes, credit must be given to Manchester United for applying the press at certain stages.

Zouma, in particular, had a game to forget as the Frenchman never looked composed when he got the ball, and United’s pressing forced him into misplacing the ball several times.

The Blues also played a high line in a bid to try and get back into the game, and with Rashford and Martial as the opposition attackers, that’s never a good play as they found out in the second half.

#1 The difference in finishing between the two sides

Both sides created chances, and Chelsea tested David De Gea more than the hosts tested Kepa. However, with more composure and a little bit of luck as well, Manchester United emerged as the winners.

Chelsea forward Tammy Abraham showed a little bit of inexperience as he wasn’t at the right place to finish of certain moves, while Martial and Rashford were good with their positioning. Martial’s tap in for the second goal, and Rashford playing on the shoulders of Zouma and Azpilicueta for the third were examples.

Chelsea (18) recorded seven more shots than Manchester United (11) but failed to find the back of the net; the most important stat of the game.

Its simple, yet effective. A lot of times its difficult to get that “perfect balance” between superb usability and visual appeal cheap viagra safe. 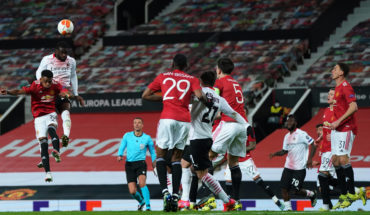 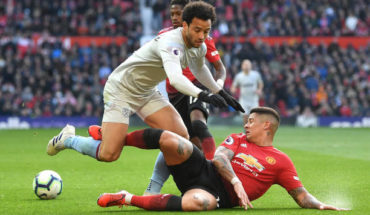