Home
LEAGUES
English Premier League
Tottenham
Tottenham Hotspur will have to spend €40m for Dutch sensation: Should they splash the cash? 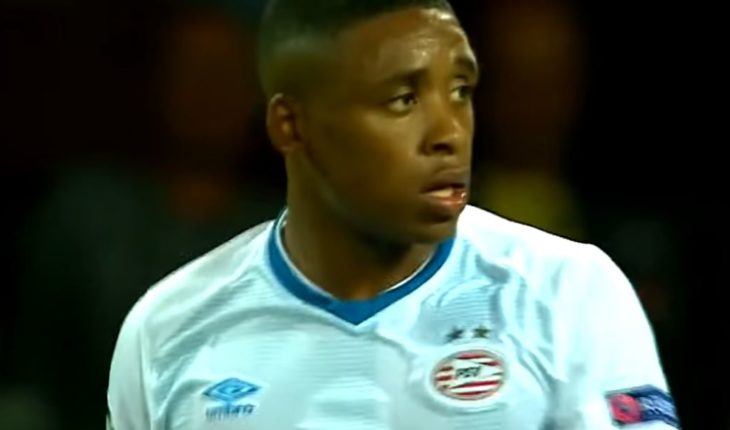 Tottenham Hotspur have got off the mark in the transfer market following a quiet 2018 summer transfer window, and have secured the signatures of two players – Tanguy Ndombélé for a new club record fee, and highly-rated teenager Jack Clarke.

Manager Mauricio Pochettino needs more new names to challenge the likes of Manchester City and Liverpool in the Premier League.

Tottenham have been linked with a move for Steven Bergwijn previously, who currently plays for Dutch side PSV Eindhoven. The latest update from Dutch website Eindhovens Dagbald claims that the Eindhoven value Bergwijn at €40 million.

The left-sided winger has been in good form for his side which has resulted in interest in several clubs, including Tottenham, claimed Sky Sports.

The 21-year-old scored 15 goals and 13 assists in the 2018-19 season for PSV Eindhoven in all competitions, with his good form rewarded with 6 international caps for Netherlands last season.

Bergwijn is a product of the famed Ajax academy but joined rivals PSV Eindhoven in 2014, and has gone on to make 120 appearances for the club, scoring a total of 25 goals.

His contract with the Dutch club expires in 2022, having signed an extension on his contract in 2018.

Should Tottenham splash the cash on Bergwijn?

Spurs need reinforcements in the wide areas, especially on the left side as they currently have Son Heung-min as the only good option on the left, while the likes of Lucas Moura and Erik Lamela can play in that position, but are much more suited to the right side.

Bergwijn is a right-footed inverted winger, who likes to cut in from the left, while also playing several games on the right.

A player with excellent dribbling ability as well as pace to burst forward, the young Dutch player has the potential to destroy defences with his direct running.

Bergwijn is a smart player who can pick out his teammates with his clever passing and through balls, while he also takes shots at every possible opportunity.

The winger averaged 2.9 shots per game last season, while completing 3.2 successful dribbles for PSV in the league last season. The youngster can become a solid player for Spurs and under the tutelage of Pochettino, can grow into a star.

Spurs should certainly splash the cash to buy the 21-year-old and strengthen their squad and add competition for places in the team.