CSKA Moscow attacker Fedor Chalov is being targeted by Tottenham Hotspur, according to a report.

Spurs are in the race to make him sign on the dotted line and a handful of Premier League sides are also keeping close tabs on him, it has been claimed by the Mirror.

Besides, many other European heavyweights including Bayern Munich, Borussia Dortmund, and Sevilla are also believed to be interested in acquiring his services.

Mauricio Pochettino has been shrewd in the ongoing transfer window and has already signed Tanguy Ndombele and Jack Clarke. However, he is apparently keen to do more business.

Although Chalov has a price tag of £20million slapped on his collar, the aforesaid fee is expected to inflate owing to the competition among big clubs to sign him.

Chalov has been on the books of CSKA Moscow since 2006 and made his debut for the senior team in 2016. His contract with the Russian outfit runs until the summer of 2022.

The 21-year-old was in red-hot form last season as he plundered 15 goals and finished the campaign as the Russian Premier League’s top scorer.

Having represented Russia at various youth levels, he made his debut for their senior side in a UEFA Euro 2020 qualifier against Belgium in March earlier this year.

Why will he be a good signing for Spurs?

Spurs are a club on the rise and under the tutelage of Pochettino, they are surpassing expectations and performing to the best of their potential.

Intriguingly, the north London based outfit lack a genuine backup for their lethal striker Harry Kane and they do need to add depth to their striking department this summer.

In such a scenario, signing a blossoming young gun like Chalov will make a lot of sense. He is a clinical goal scorer and has a tendency to create chances for his teammates as well.

The Russian international makes good use of space around him, has decent pace to burn and his smart runs make him an appealing prospect for any top-quality side. Pochettino has shown his propensity to reward young players if they show the right aptitude and application in training and someone like Chalov should not worry too much about getting game time.

The Argentine manager does not shy away from giving them opportunities on the biggest stage and he has reaped dividends of the same on a number of occasions. 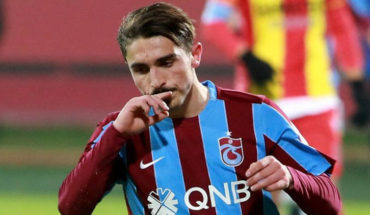