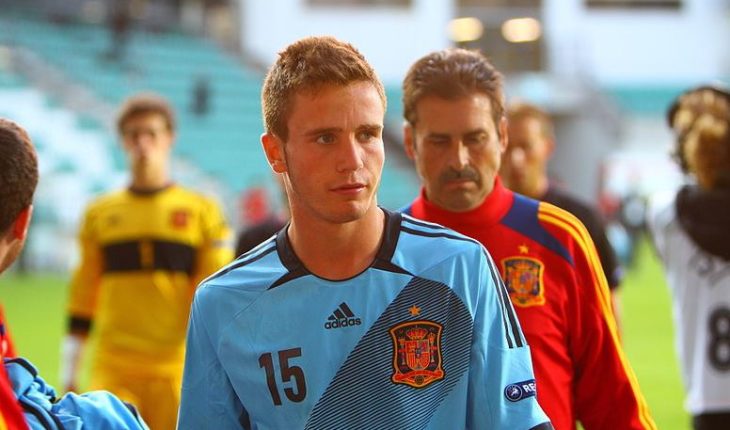 The concern over Paul Pogba’s uncertain future has kept things tense around the Manchester club with speculations increasing after Mino Raiola’s recent comments regarding the likely exit of his client.

According to a report on the Daily Express, Manchester United are considering a move for Atletico Madrid midfielder Saul Niguez in case the French midfielder leaves Old Trafford this summer.

Another name in Sporting Lisbon’s Bruno Fernandes is still firmly on the Red Devils’ transfer list, the report adds.

Saul has a running contract at Wanda Metropolitano until 2026 which he signed just two years back in 2017. The 24-year-old scored 6 goals and provided 3 assists in 45 appearances across all competitions in the recently concluded campaign.

Saul is a versatile player who offers flexibility for his side over the course of 90 minutes. The Atleti man features as a central midfielder and possesses the ability to play on both right and left side of the midfield.

Los Colchoneros boss Diego Simeone also deployed the Spaniard in the left-back position on 6 occasions during the last campaign which highlights his malleable nature on the field.

The Spaniard is an all-round midfielder who contributes heavily in both offensive and defensive phases of the game.

He possesses a good passing range in his locker and boasts decent dribbling skills which help him get out of tight situations on the pitch.

The Spaniard primarily excels at delivering accurate long balls which helps him exploit the space behind the back line or switch flanks in order to divert the ball out of traffic on one side of the pitch or start an attack keeping the opposition players on their toes at all times.

Saul recorded a pass success rate of 79.6%, had an average of 1.4 successful long balls and completed 1.1 dribbles per game last term across all competitions which highlight his comfortable nature with the ball at his feet. The 24-year-old also projects extreme confidence in the final third, which is clear from his 1.6 shots per 90 minutes.

The Spanish International stands at 6ft tall and exhibits supreme aerial ability and physicality in his defensive contributions on the pitch.

He managed 2.4 tackles, 1.2 interceptions and 2.1 clearances per game across all competitions, which eclipse his contributions in advanced areas by some distance. He will not be a like for like replacement for the Frenchman but has the qualities to run the Manchester United midfield.

Saul, who rose through the Atletico ranks, has spent a major share of his career with the Madrid based club and has a release clause of €150m.

There are cheaper alternatives in the market and the Spaniard’s price tag could encourage United boss Ole Gunnar Solskjaer to assess his options before making a move.