Crystal Palace are plotting a move for West Ham United ace Michail Antonio, it has been reported.

The Eagles are keen to bolster their team, and the Mirror, cited by HITC, have claimed that Palace are keeping close tabs on Antonio.

Roy Hodgson’s side have been long-term admirers of the 29-year-old, and wanted to sign him last summer

Although they failed in their previous attempt, they feel they can land the winger considering West Ham have strengthened their attack, which could potentially make it harder for Antonio to get into the first team.

Crystal Palace, on the other hand, have been relatively silent in the transfer window so far.

Hodgson’s side finished 12th in the Premier League standings last season, and need to spend a bit of money to potentially finish higher up the table next season.

Signing Michail Antonio would be a shrewd move by crystal Palace

Antonio is not only an experienced player, but is versatile as well and would add solve multiple problems.

Pellegrini used him in seven different positions last seasons, and he rarely let his manager down.

He can ply his trade anywhere on the pitch – while his pace and dribbling ability help him stretch defences and test full-backs, his incredible strength and work ethic help him play as a full-back as well.

The Englishman’s upper body strength help him shield the ball, and there aren’t too many players who can knock him off the ball.

In attack, Antonio’s ability to cross, and knack to find goals every now and then would take that bit of pressure off the rest of the attackers at Selhurst Park.

Antonio managed 6 goals and 4 assists in 33 league appearances last season, and he would fit in well under Hodgson who sets his team up to hurt teams on the break.

The former Nottingham Forest man is in the peak years of his career, and if Palace can sign him, he would be a pretty shrewd acquisition.

Antonio has two more years remaining on his current contract, so it’s unlikely that he will cost a fortune either. 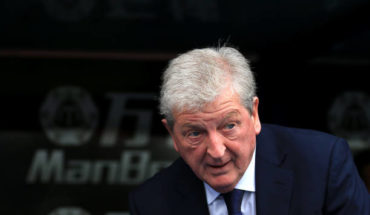