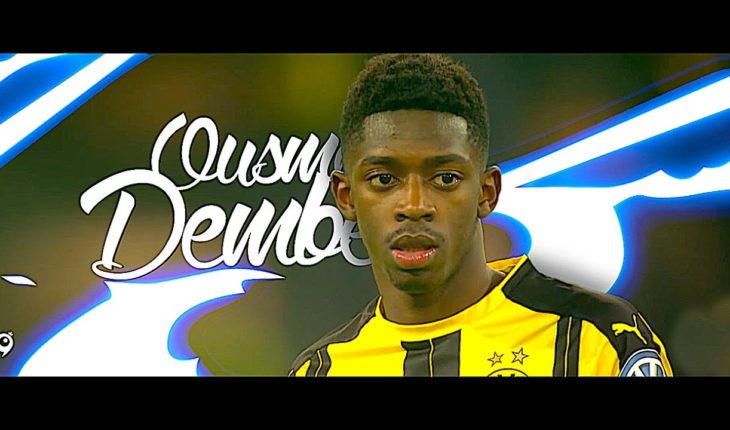 Since signing for Barcelona from Borussia Dortmund for a whopping £93million, French forward Ousmane Dembele hasn’t lit up the Camp Nou with his dashing runs and dribbling and hasn’t quite repaid the faith and the humongous transfer fee that the Catalan team paid for him.

And it now seems that Barcelona are willing to let him go as a recent report from TeamTalk has revealed that the Spanish club could sell the Frenchman for “just over £90 million” and that they have told Liverpool that they will accept a bid placed by the English club.

The report further states that Barcelona want to get rid of Dembele to finance the signing of Atletico Madrid’s Antoine Griezmann.

Dembele’s contract with Barcelona expires in 2022. He has previously played for Rennes and Borussia Dortmund before his Barcelona transfer.

Dembele has made 65 appearances for the Catalan club since signing in 2017 and has scored 18 goals for them so far. In the 2018-19 season, Dembele scored 14 times and made 9 assists in his 42 appearances for Valverde’s side.

The Frenchman has had a great few years trophy-wise having won La Liga twice in a row with Barcelona as well as winning the 2018 World Cup with France.

Should the Reds make a move?

When Ousmane Dembele joined Barcelona in 2017, he was widely regarded as one of the most promising players in world football and was touted to become a world-class player in the years to come.

But it hasn’t quite worked out the way he or Barcelona would have wanted. Injuries and off-field issues have halted his progress and it seems that Barcelona are keen on getting rid of him despite Dembele being just 22 years of age and having the potential to become a great player.

Liverpool do need to strengthen if they want to mount another challenge in the Premier League and Champions League, but it seems like an unwise move to make a move for Dembele at the moment.

Dembele has shown up late for training several times, and many in Barcelona have spoken about the attitude issues that he has. With Jurgen Klopp having formed a tight-knit group at Liverpool, a player like Dembele could possibly have an undesired impact on the atmosphere in the dressing room.

It is also uncertain if Dembele will start every game as Mohamed Salah and Sadio Mane have been in tremendous form out wide, and it will take an injury or a serious loss in form for him to take their place in the team. Spending so much money for a player who will be on the bench will be a massive waste, and Liverpool should instead focus on spending it on improving the depth of the squad.