Brighton & Hove Albion are in the process of negotiating a deal for Genk attacker Leandro Trossard, as per reports.

The Seagulls are in talks with the Belgian heavyweights even though their first bid for Trossard was rejected earlier this week.

According to Belgian publication HLN, cited by Sky Sports, Trossard will cost the club £17.8 million, so Brighton will have to break their club-record fee of £17 million – that they paid to acquire the services of Alireza Jahanbakhsh last summer – to sign the attacker.

Trossard joined Genk’s youth academy when he was a 15-year-old, and was impressive from the onset. He had loan spells with Belgian second division sides Lommel United, Westerlo and OH Leuven, before breaking into the Genk first team and play regularly for them.

He is now an established player at Genk and is currently their skipper. Trossard helped his side clinch the Belgian top-flight title last season by scoring 14 goals in the league.

Trossard also featured regularly for the team in the Europa League. Although he is yet to represent the Belgium senior team, he has represented his country at various youth levels.

Trossard would be a good addition to Brighton

The Seagulls had a close shave with relegation last season, and secured their top-flight status in the final few weeks, so it’s imperative they add more quality and freshness to their first team.

Signing Trossard would be a good move as he would improve the quality of their attack. Most importantly, he has the ability to score goals from the wings and midfield, and that’s something Brighton will need next season.

The 24-year-old has a lot of pace to burn, and can stretch the opposition backline and thereby create openings for the team.

Defensively, he has a good work ethic and works hard, so that’s a big plus for a side like Brighton who will need willing workers on the pitch.

Trossard is too good for the Belgian league, and though he might take a bit of time to get used to the pace of the game in England, he would be a wise addition to the team. 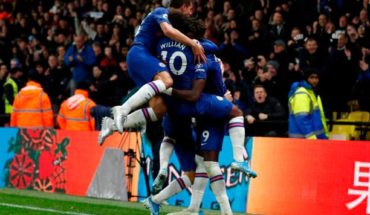