Home
LEAGUES
English Premier League
Arsenal
Arsenal in contact with £30m-rated World Cup winner: Should they break the bank for him? 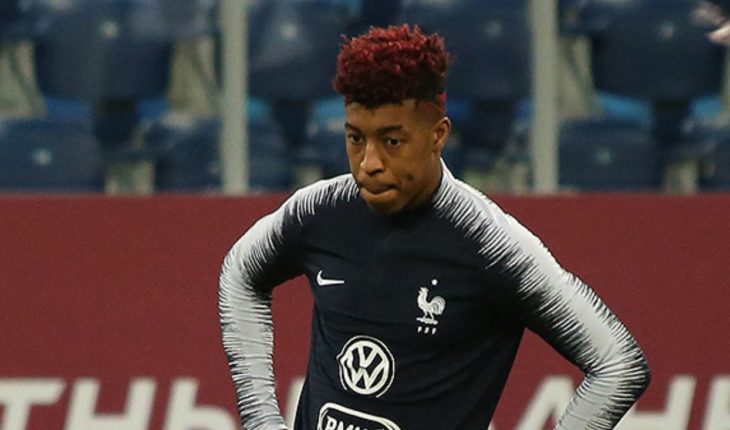 Arsenal are keen on signing PSG centre-back Presnel Kimpembe, it has been reported.

The Gunners have contacted Kimpembe’s father as Unai Emery is keen on improving Arsenal’s defence this summer, it has been claimed French website Soccerlink.

Given Arsenal’s low budget this summer owing to their failure to qualify for the Champions League, the Gunners need to be smart about their transfer business this summer.

Kimpembe is open to a move to the English top flight, and it is believed that Chelsea and Manchester United are also keen on the Frenchman.

However, the 23-year old is expected to cost in excess of £30 million.

Kimpembe is a product of PSG’s youth setup, and was handed his debut back in October 2014 in the Ligue 1 against Lens.

The centre-back was in and out of PSG’s starting line-up last season, as Marquinhos and Thiago Silva were preferred at the heart of the defence.

The 23-year-old made 24 appearances in the French top tier last season, and also featured eight times in the Champions League.

Despite being a player who still learning and developing, he has already managed a lot of appearances at club level.

Should Arsenal break the bank for Kimpembe?

The central defence is an area that the north London outfit need to address at any cost this summer. Shkodran Mustafi has been largely inconsistent while Laurent Koscielny is past his prime.

Kimpembe is a technically sound defender, and excels at making decisive tackles and reading the attacking moves of the opposition attackers. He is also pretty quick for a centre-back, so he would complement Sokratis pretty well at the back.

Emery has worked with the player, so and if he feels Kimpembe can improve the defence, he needs to be trusted as the Gunners defence didn’t exactly impress this past season.

Kimpembe would be a valuable addition to Arsenal, but given the Gunners’ limited budget, they might exhaust most of their funds should they sign the Frenchman. So, it’s a pretty important decision that Emery need to make.