Home
LEAGUES
English Premier League
Arsenal
La Liga side set to offer winger plus cash for Arsenal star: Will it make sense for the Gunners? 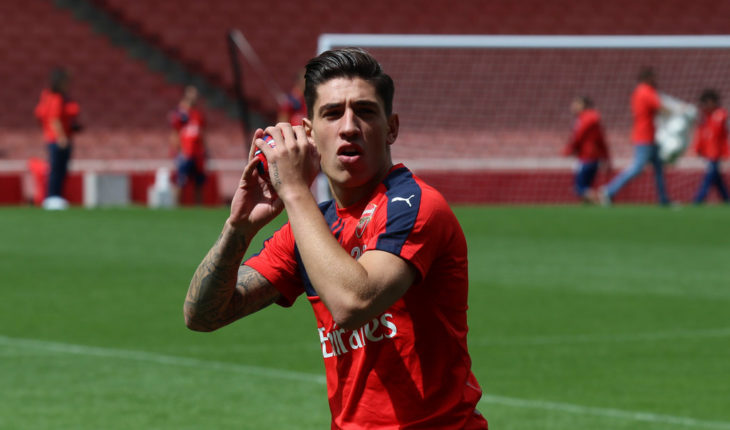 Spanish giants Atletico Madrid are keen to lure Hector Bellerin to Wanda Metropolitano Stadium this summer, it has been claimed.

Diego Simeone is apparently desperate to enhance the quality of his defensive line. In return of acquiring the signature of Bellerin, they are ready to offer their versatile forward Vitolo along with cash, according to The Sun.

The report further states that the Gunners value Bellerin at £50million and are in absolutely no hurry to strike the right-back off their books as he has four years left on his current contract with them.

Reportedly, Juventus were also interested to sign the Spaniard last summer but were put off by the hefty price tag slapped on his collar. However, the La Liga side are hoping an offer comprising of cash and Vitolo might urge Unai Emery to ponder.

Will the transfer make sense?

Bellerin emerged through the youth ranks of Barcelona before moving to the Emirates Stadium when he was a 16-year-old. He has managed to accumulate 161 first-team appearances for Arsenal since and is one of the first names on the teamsheet when fit.

His USP is his pace and he thrives on it. He is a bundle of energy going forward, joining in the attack with his teammates and also relies on his pace while tracking back to defend. He had surgery in January after damaging his anterior cruciate ligament while playing against Chelsea and is expected to miss the start of the Premier League season as the athletic fullback will need to get up to speed before he is able to give 100% on the pitch again.

Nonetheless, Bellerin is considered as one of the best full-backs in the English top flight at the moment and losing him would only cause more trouble for Arsenal’s already worrisome backline which is woefully short of quality and cannot perform consistently at the highest level.

Emery used Ainsley Maitland-Niles in Bellerin’s absence at right-back and he is far from being a finished product. Besides, Carl Jenkinson, in all honesty, has hardly proven himself despite spending years at Arsenal.

Once Bellerin returns to full fitness again, he would certainly play a key role for Emery’s side. Vitolo, on the other hand, operates on the flanks and through the middle and has been struggling to make his presence felt in La Liga.

The 29-year-old has managed to score just one goal in the last couple of seasons for Atletico Madrid and impliedly, signing him would be a huge gamble. He also lacks experience in English football and given the level of Arsenal’s attacking play, there are serious doubts as to whether he can improve the team in any manner.

The English top flight is a demanding league and Vitolo might struggle to adjust to its pace and physicality. His form has also been far from noteworthy and signing him wouldn’t make much sense.