Liverpool will continue their bid for the Premier League when they face their Merseyside rivals, Everton this Sunday.

The Reds are currently leading the Premier League table by only a point, with Manchester City breathing down their necks, so they can’t afford to drop their performance levels.

Facing Liverpool is not going to be easy for Everton, given that their form has been far from consistent.

Here are three key battles that might have an impact on the outcome of the game.

Sadio Mane has scored in five out of Liverpool’s last seven games and is in good form. The Senegalese’s form has peaked at the right time as Roberto Firmino and Mohamed Salah haven’t been able to find the back of the net consistently in the last few weeks.

Mane has troubled Everton in the past, notably scoring a late goal in 2016 to beat the Toffees at Goodison Park, and Michael Keane will have to keep him under the wraps.

Keane has been one of the most consistent players in an otherwise unstable Everton side. The 26-year old has mustered 5.4 clearances this season, and might have a busy game against the Reds.

Salah is leading Liverpool’s goalscoring yet again this season. The Egyptian has proved to be a force down the right-hand side, making runs, sending in crosses and cutting in, without giving his opponents much of a chance.

In recent games, Salah has had a bigger impact influencing the game, even though he might not have scored too many.

Idrissa Gueye has possibly been the best player for Everton so far this season. His ability to keep things tight in midfield has helped him forge a decent partnership with Andre Gomes.

Gueye has mustered an incredible 4.3 tackles a game on an average, and is likely to be asked to protect Lucas Digne, and stop Salah from wreaking havoc.

Sigurdsson has been one of those players who represent the dynamism of this Everton side. Showcasing his ability to run with the ball down the centre, he creates chances for this Everton side as well as taking them himself.

In the Premier League, Sigurdsson has managed 11 goals and three assists — an impressive figure for what has otherwise been an unimpressive season for Everton.

The Iceland international will come up against arguably the best defender in the league this season in Virgil van Dijk.

Van Dijk has managed to make Liverpool’s defence the best in the league, and has the record for the most clearances in the team.

Sigurdsson will have to be smart while manoeuvring the ball around Van Dijk as the Dutchman is one of the best when it comes to one vs. one defending.

Learn whether taking aspirin regularly increases your risk for view 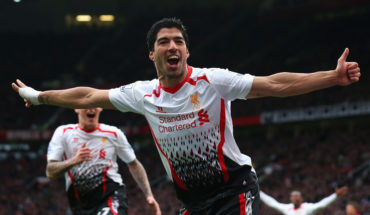