FC Barcelona are willing to offload Samuel Umtiti in the upcoming summer transfer window, it has been claimed.

According to CalcioMercato(Talksport), the Catalans are ready to let go of their prized defender amid speculation linking Matthijs de Ligt to a move to Barcelona in the summer.

Umtiti, in the past, has been linked with a move to a host of top clubs in Europe, including Manchester United – a club the defender reportedly admires a lot. And here’s why the Red Devils should pounce on this opportunity to sign Umtiti when the transfer window reopens.

Many fans believe that Manchester United have lacked the presence of a bonafide leader at the back, ever since the departure of Nemanja Vidic. And though the Red Devils are enjoying their greatest form since the retirement of Sir Alex Ferguson, their defensive problems persist.

Star defender Eric Bailly, in particular, has been inconsistent throughout the season, which has allowed Chris Smalling to nail down a place in the starting lineup while the likes of Phil Jones and Marcos Rojo have struggled with injuries.

As a result, Victor Lindelof has appeared the only reliable central defensive option for the Red Devils this season.

But, the Swede still lacks a reliable partner, who can not only instigate the backline but also provide more solidity in the team and that’s where Umtiti comes into the fray.

The Frenchman, since his move to Barcelona, has emerged as an excellent ball-playing defender, who can not only boost United’s build-up play with his laser passes but his long-diagonal balls often lead to interesting transitions for his team.

In fact, the former Lyon starlet has attained a remarkable pass completion rate of over 91% in each of his three seasons at Catalonia.

But most importantly, Umtiti is a dogged defender, who has constantly made over 2 clearances per game despite playing in a possession-based team while his tally of 1.5 interceptions per game during his time in Spain in indicative of his positional sense that always comes in handy for an attack-minded team.

However, what makes the Frenchman such an appealing target for United is the fact that he has a vast amount of experience at the highest level of football, having made almost 200 combined appearances during his time in Spain and France while winning 27 caps for Les Bleus.

This could help him integrate into a completely different league, thus making him an ideal target for Manchester United as they aim to push for the title next season. 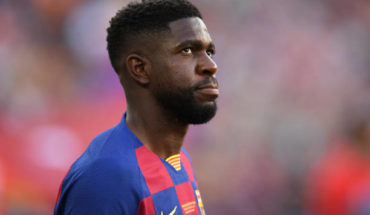