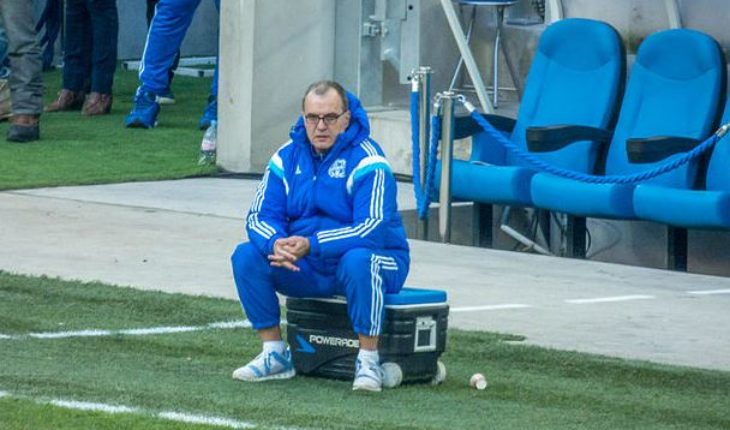 Leeds United have an important week ahead as the Whites have a tricky test against Reading before taking on Sheffield United at home in the Championship.

Marcelo Bielsa’s side scored early against Bristol City and the Patrick Bamford goal turned out to be the difference between the two sides on Saturday.

The Whites will face an injury-ravaged Reading side, but the Royals are in a good run of form, having won back to back games.

Leeds picked up a narrow win against Reading when the two sides last faced each other in Elland Road, and the pattern might be the same come Tuesday.

With Norwich City not scheduled to play until Wednesday, Leeds can put a bit of pressure on the league leaders and temporarily go top if they beat Reading.

Gaetano Berardi played seven minutes in the win against Bristol City, and is expected to be on the bench as he isn’t 100% match fit yet.

The duo of Jack Clarke and Kemar Roofe are unavailable, but while the former is set for some playing time with the Under-23s, the latter has resumed running after finally taking off his knee brace.

Defensive midfield Adam Forshaw is still out, but like Roofe, he too is improving every day.

Kiko Casilla didn’t have too many saves to make against Bristol City, and should line up in goal once again.

In front of the Spaniard, we expect a back four of Ezgjan Alioski, Liam Cooper, Pontus Jansson, and Luke Ayling.

Kalvin Phillips should line up in front of the defence, and the duo of Mateusz Klich and Tyler Roberts will play in the advanced midfield positions in the Leeds United lineup.

Bamford is in good form and Leeds haven’t missed Roofe too much. The 25-year old has been passed fit to start against Reading after initial doubts.

The forward seemed in pain and was subbed off early in the second half, but is fit to start on Tuesday. 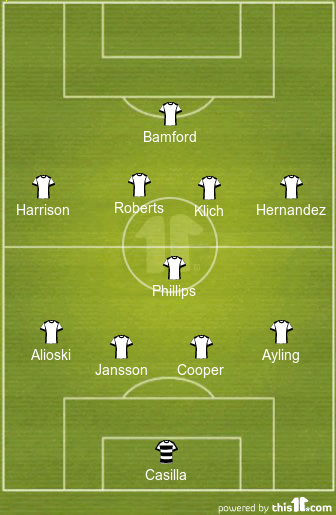