Manchester City will return to Premier League action on 30th March when they will make the trip to Craven Cottage to face a struggling Fulham side. That fixture will be the first of an intense run in which will see City compete on 3 fronts looking to secure an unprecedented quadruple.

While Pep might eventually be marked on his European success with City further down the road, managing to retain a Premier League title in today’s day and age will certainly be hailed as an incredible feat especially given the season Liverpool are having.

Hence, without further ado, we will take a look at 3 fixtures which are likely to pose a sterner test for the defending champions in comparison to the rest of the league fixtures.

On paper, this might look like a fairly manageable fixture given the spasm between the two sides in terms of finance and league position. But Pep Guardiola has always been cautious in his approach against Roy Hodgson’s Palace side and will be more so given the recent record and the stakes attached to the fixture.

City’s 18-match winning streak was ended by Palace last season where the Sky Blues escaped with a lucky 0-0 draw while Palace are also among just 4 teams to have defeated City this season in England. A 2-3 shock loss came in December where a couple of wonder goals were enough to deliver Pep’s 2nd loss of the season in the league.

In April, the Sky Blues will be making the trip to Selhurst Park and Pep will very well know the importance and the difficulty of the challenge he and his team will be facing on the night.

Manchester City will face the Lilywhites thrice in the span of 12 days in April. A run of games which will have huge implications on their season. First up will be the two-legged UCL quarter-final tie which will be followed by the crucial league encounter.

City managed a hard-fought 1-0 win earlier this season and Pep will have to conjure something similar this time around. The task will be extremely difficult with proceedings complicated with the Champions League ties but nevertheless, even as a standalone fixture, this is one game City have to make sure they collect all three points.

Another April fixture for the Cityzens in what now looks like a make or break month for them. The postponed Manchester derby will take place at the fag end of the month and this match might well be seen as a crucial part of Ole’s audition for the permanent manager’s role.

City emerged 3-1 winners at home when Jose Mourinho was at the helm for the Red Devils but this time around, we are likely to see a more expansive set up from both sides with United arguably flourishing when their big guns are afforded more freedom on the ball.

This is already the highlight fixture of the remainder of the season and if City can sustain the momentum for the most part of April, this can indeed become the fixture which decides the fate of the title race. 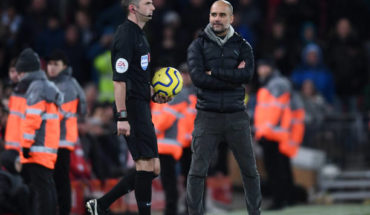 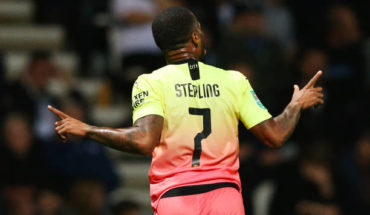