Manchester United have had a stunning turnaround in their fortunes under interim manager Ole Gunnar Solskjaer, and Wednesday’s win against PSG in the Champions League was perhaps the biggest instance of the same.

The Red Devils were deemed by many as outsiders after they lost the first leg 2-0 at Old Trafford, but despite an injury-ravaged squad, they managed to turn the tables in Paris and knock the Ligue 1 champions out of the competition.

Solskjaer’s arrival has seen a radical change in approach as the players are playing more expansive football and aren’t shackled like they were under Jose Mourinho.

We take a look at three players whose transfer values have improved after Solskjaer took over as manager.

The left-back was perhaps the only bright spot in the first half of the season under Mourinho as the Portuguese’s harsh criticism of the player actually spurred him on. That’s not something he should have done with every other player though.

The Norwegian’s attacking approach has seen Shaw maraud on the left flank, and act as another outlet considering the likes of Anthony Martial and Alexis Sanchez are inverted wingers.

Just a year ago it seemed like Shaw was never going to realise his potential at Old Trafford. He’s doing that right now under Solskjaer.

The Frenchman was in good form before picking up an injury against PSG in mid-February, and is another player to have flourished under Solskjaer.

Martial was always talented, but Mourinho’s often asked his wingers to put in the extra work which Martial wasn’t comfortable with.

The Frenchman was often in and out of the team, and it affected him as Martial is very much a confidence player.

After Mourinho’s departure, Martial started in all but two games, and managed three goals and two assists in eight games. When he returns, he will be a key player for the Red Devils.

Rashford has been the pick of the players under Solskjaer as the manager has brought the best out of the England international.

The 21-year old was used as a centre-forward in seven of Solskjaer’s first eight games as manager, and he delivered with six goals; a stunning goal-return.

Under Mourinho, Rashford showed flashes of brilliance, but he has been able to express himself on the pitch under Solskjaer.

The cherry on top was perhaps his penalty against PSG when he leathered the ball past the legendary Gigi Buffon, giving him no chance to save the penalty. 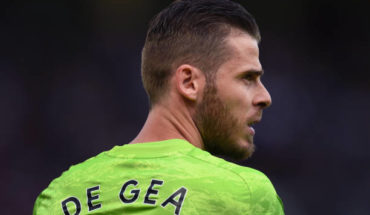