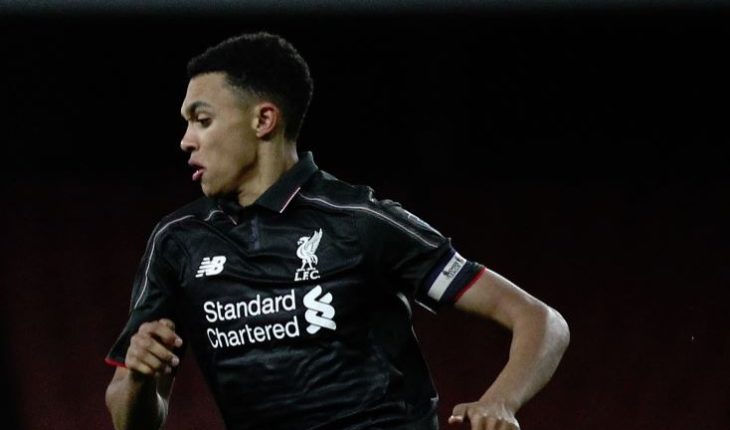 Liverpool have a big game coming up in the UEFA Champions League as they host Bayern Munich in the first leg of the round of 16 tie come Tuesday.

The Reds ended a run of two draws in the Premier League with a commanding win against Bournemouth more than a week ago, and will hope to make home advantage count against the Bavarians.

Jürgen Klopp, like Niko Kovac, will not be able to field his strongest lineup for the clash, however.

The Reds will be without Virgil van Dijk at the heart of the defence as the Dutchman will serve his one-game suspension.

Trent Alexander-Arnold is back, and is in contention to start against the Bavarians in the right-back position. Dejan Lovren is still a doubt for the game and his fitness will be assessed before the game.

Alisson Becker should keep his place in goal. The Brazilian has come up with some big performances this season, and the Reds will need him to continue doing that against Bayern.

Joel Matip should keep his place at the back, and if Lovren fails to make it in time, Fabinho might line up alongside Matip.

Andy Robertson and Alexander-Arnold should start as the two full-backs. The two will be up against quick wingers in Kingsley Coman and Serge Gnabry, and David Alaba is also likely to test Alexander-Arnold on the night.

If Fabinho drops back to a centre-half role, Jordan Henderson and Gini Wijnaldum are the obvious options in the midfield pivot.

Naby Keita had a good game against Bournemouth and it would be a surprise if he doesn’t start against Bayern in the attacking midfield role.

The trio of Sadio Mane, Roberto Firmino, and Mohamed Salah were at their best against Bournemouth as they returned to their preferred roles.

Salah against Alaba will be a good contest to watch and they are top players in their respective position. The Austrian likes going forward, and that might provide Salah quite a few openings on the right.

Sadio Mane might be up against Rafinha as Joshua Kimmich has been used in a midfield role by Kovac. 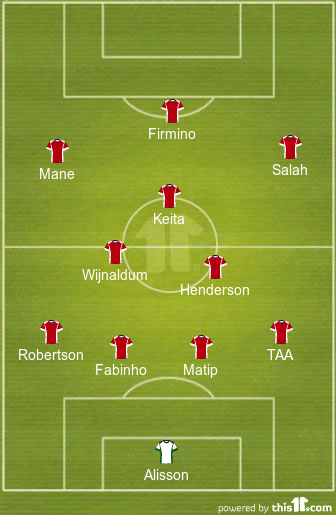