Chelsea will look to recover from their 1-0 defeat in the first leg when they welcome Tottenham Hotspur in the second leg of the EFL Cup semi-final on Thursday.

Here are three key battles that may decide the outcome of the game.

#3 Eden Hazard vs the Chelsea centre-backs

Both Alvaro Morata and Olivier Giroud have struggled to find the back of the net on a consistent basis this season. And as a result, we expect Maurizio Sarri to use Eden Hazard in the false nine role once again.

The Belgian will look to use his immaculate dribbling ability, and dynamism to break the breach the Tottenham defence.

Mauricio Pochettino, on the other hand, will be hoping that the defensive duo of Toby Alderweireld and Jan Vertonghen will be able to isolate their compatriot.

Vertonghen, in particular, will play a key role, having missed the first leg due to injury. His solid tackling combined with his excellent intuition and marking ability means Hazard will definitely have to play to his potential if he is to make an impact.

Eric Dier returned from a long layoff last weekend when the midfielder appeared as a substitute against Fulham. And it is likely that the England international will be given a start following injuries to Moussa Sissoko and Victor Wanyama.

Dier will be tasked with the responsibility of disrupting Chelsea’s rhythm in midfield. Chelsea’s build-up starts with Jorginho, and Dier needs to put more pressure on the Italian.

Therefore, the former Sporting midfielder should be more aggressive to try and stop Jorginho from recycling play, and thereby prevent the Blues from recycling possession with ease.

With both Harry Kane and Dele Alli ruled out till March, Christian Eriksen will remain Tottenham’s chief creative outlet. The Dane is expected to be deployed in an advanced position by Pochettino in order to provide the final passes going forward.

Eriksen has the ability to not only create chances, but also score goals for his team, which makes him Chelsea’s biggest threat. Sarri will look to utilise the qualities of N’Golo Kante in order to neutralise Eriksen’s threat, a player he holds in high esteem.

Kante is known for his speed and energy in midfield, which allow him to restrict opposition players’ time on the ball. 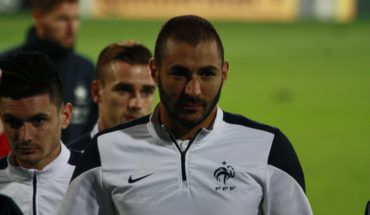