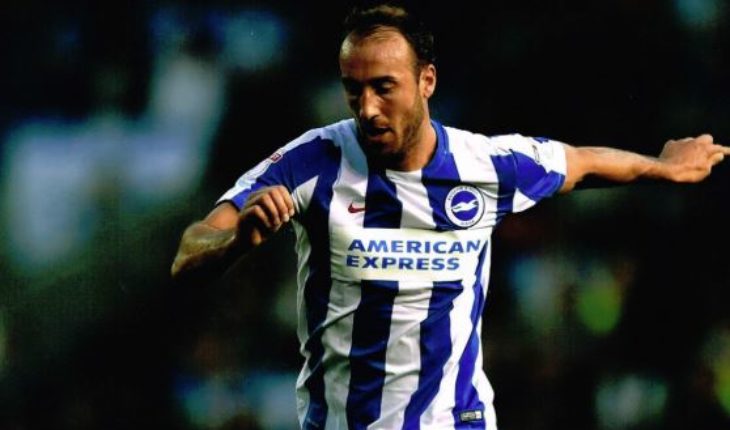 Brighton and Hove Albion will look to cause another upset as they host Tottenham Hotspur at the Falmer Stadium on Saturday. The Seagulls have failed to pick up a win since their incredible 3:2 win over Manchester United a few weeks ago.

Spurs will be cautious knowing that their opponents do have the quality to cause a massive upset. The North Londoners have lost their last three games in all competitions and Chris Hughton’s side will not have a better chance of beating a squad devoid of confidence.

Brighton and Hove Albion will miss out on the services of key midfielder Pascal Groß, who is nursing an ankle injury. Attackers Jose Izquierdo and Florin Andone, on the other hand, are doubtful to start against Tottenham Hotspur.

However, both of them will be assessed before the start of the game and it is believed that they are likely to be included in the starting eleven on Saturday.

Mathew Ryan will be the man between the sticks for Brighton and Hove Albion this weekend. The Australian hasn’t kept a single clean sheet this season.

In defence, Martin Montoya will retain his place in the right-back position. The Spanish defender has made 11 interceptions so far this season and will play a key role on the right-hand side of the defence with Gaetan Bong likely to be deployed on the opposite flank.

Lewis Dunk will retain his place at central defence, alongside captain Shane Duffy, who was arguably the best player for Brighton in the draw with Southampton last week. Duffy won eight aerial duels, made eight clearances and attempted two tackles as the Seagulls snatched a point against the Saints.

Dale Stephens will be deployed as the lone defensive midfielder in Brighton’s 4-1-4-1. The 29-year-old has attempted the most number of tackles than any other player in the club this season.

The central midfield combination of Davy Propper and Yves Bissouma will remain the same. But, the likely absence of Pascal Gross will see Solly March given another starting berth in the left midfield position with Anthony Knockaert starting on the opposite flank.

The Brighton and Hove Albion attack will be led by none other than the experienced Glenn Murray. The veteran striker has already netted four goals in five matches this season and will be eager to extend his scoring tally this weekend. 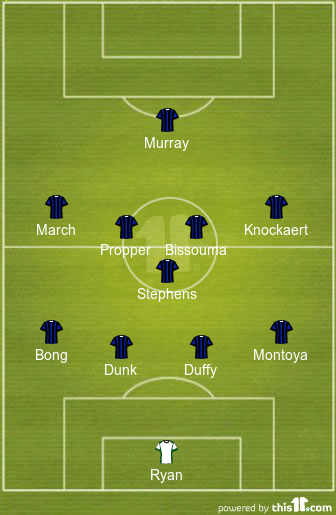