During Manchester City’s training session on Tuesday, Claudio Bravo injured his Achilles tendon and he is set to be on the sidelines in the coming weeks. His injury has forced the reigning Premier League champions to recall Aro Muric from his loan spell with Dutch outfit NAC Breda.

Pep Guardiola’s side were in apparent need of a custodian after Bravo got injured himself. Earlier this summer, City sold Joe Hart to Burnley and Angus Gunn to Southampton. Besides, they had also loaned out young Montenegrin goalkeeper Muric to Breda for the season.

Daniel Grimshaw is another goalkeeper on the books of Guardiol and it is to be seen whether Muric gets a call to Manchester City’s squad to face Wolverhampton Wanderers at the Molineux Stadium on Saturday or Grimshaw will be preferred over him.

After winning 2-0 against Arsenal in their opening fixture, City hammered Huddersfield Town 6-1 last weekend and there is no denying that they have carved a strong start to their new season. However, Bravo’s injury will be a major cause of concern for the former Bayern Munich boss and the quality of his side’s goalkeeping options is set to be tested in the coming weeks. 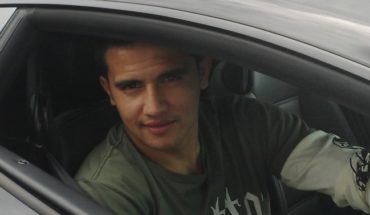