Jurgen Klopp’s Liverpool have now gone over 10 on-field hours without conceding a goal at Anfield as they registered a 1-0 victory over Brighton this weekend. They extended their winning run to three games this season and are now top of the table after Manchester City dropped a couple of points at the Molineux.

Mohamed Salah scored Liverpool’s only goal of the night as Chris Hughton’s side only attacked the Liverpool goal with 20 minutes to spare.

Despite a few hiccups in the end, Liverpool managed to hold on to their fragile lead and kept another clean sheet to remain as the only team to yet to concede a goal in the Premier League this season.

There were a number of reasons for Liverpool’s win in this game but here are three crucial reasons why they managed to steal all three points yet again:

Though Liverpool can blow teams away that attack them, the Seagulls showed late in the game that they can be vulnerable when put under pressure. But they did no test the Liverpool backline enough in the game as Hughton only decided to go hell for leather with less than half an hour to play.

The introductions of Jürgen Locadia, Alireza Jahanbakhsh and Pascal Gross certainly made a difference, but the timing of the substitutions left them with very little time to change the score-line.

The Reds played a four-man backline, but both Trent Alexander-Arnold and Andrew Robertson played most of the game as wing-backs or even as wingers at times.

The fullbacks spent more time in the Brighton half than they did defending their goal and it not only added numbers to the Liverpool attack but also pushed the Brighton wingers back. The latter helped Liverpool reduce the pressure on the backline and stay a step ahead in the game for most periods.

They registered impressive passing and crossing figures and were pretty crucial in handing the Reds all three points from this game.

While Liverpool did create enough chances to justify their win, it was Salah’s presence of mind and confidence on his ability that allowed them to see the game off.

Roberto Firmino laid off a simple pass to Salah and while most players would prefer to take a touch and set themselves up, Salah, with the form that he is in, decided to curl it into the far post.

Salah should’ve had more than one but it was his ability to take that once chance that helped make the difference on the night. 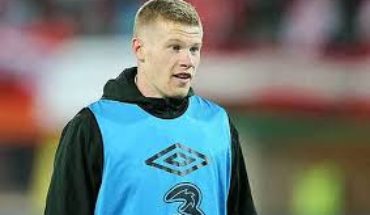