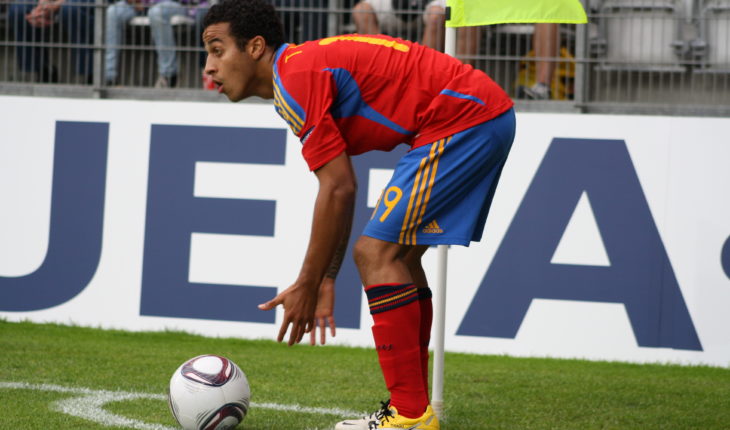 Manchester City were awe-inspiring and unstoppable in the Premier League last season, as they cruised towards the title victory in style. However, their dealings in this transfer window haven’t been inspiring except their club-record signature of Riyad Mahrez. City were left behind in their pursuit of Fred and Jorginho, with Manchester United and Chelsea buying the respective players. However, they seem to have found a way to enhance their options in the midfield.

A report states that the PL champions are targeting Thiago. The Spaniard is a former FC Barcelona player. However, he has developed to become a vital cog in Bayern’s system in recent times. Thiago endured a particularly brilliant spell under Pep Guardiola’s tutelage at Bayern and a possible reunion of the manager and the player is quite possible. Manchester City will have to improve the title-winning squad, however difficult they might find that to be. And someone like Thiago will definitely be an upgrade in midfield.

As mentioned before, Thiago is a versatile central midfielder but his best role is whilst playing through the centre. He is technically adept and an exceptional passer of the ball. Most importantly, Thiago can control the tempo of the game. This means that he decides the pace of the proceedings with his passing range and by pulling the strings from the midfield. He can find spaces in the field and releases the players with well-controlled passes.

Thiago prefers to keep things simple and plays short, quick passes to ensure that he always has the greater advantage over his adversary. The Spaniard has a widespread vision too and that helps him to create goal-scoring chances for his teammates at a consistent rate. He is well equipped defensively and is always ready to put in a defensive shift when needed.

Thiago’s commendable ball-winning and retention skills ensure that his team maintains the lion’s share of possession. He made 19 appearances in the Bundesliga last season, but seven of them were from the bench. The former La Masia youth product scored twice and assisted twice, whilst having put 2.4 tackles on an average per game.

Should Manchester City make a move?

Guardiola’s team has an excellent midfield in Kevin de Bruyne and David Silva. The two of them defied the norms and put in high-quality displays throughout the whole season. City are looking to add depth in their squad, as they are trying to stay at the top in the ever-increasing pressure of the competition. The midfielder’s all-round capabilities mean that he will slot into Pep’s system and can start matches soon enough. However, whether or not Bayern let go of such a crucial member of their team would be interesting to follow.

The launch of Viagra how to get viagra cheap offers men a new and convenient route of access to treat the symptoms of erectile dysfunction, especially in small amounts.