Jurgen Klopp has been one of the busiest managers in the summer transfer window this year. The German tactician, currently on a holiday, has already completed the signing of a star player in Fabinho but is desperate to add more depth and quality to his side for the next season.

This has seen them linked with a number of exciting names recently but one player they are now favourites to sign is Heung Min-Son.

The Tottenham Hotspur winger has been linked with an exit in the past but reports claim that Arsenal, Manchester United and Liverpool are set to step up the chase for Son this summer. It is understood that Liverpool have already made a move for the winger and could land him before the start of the next season.

To add fuel to these rumours, Bookies Betstars have now put the Reds as the most favourable destination for the Korean international, if he quits London in this window. So what will Son add to Liverpool’s squad?

Son And His Numbers:

A quick and athletic footballer, who will now be remembered for his goal in Russia that knocked defending champions Germany out of the World Cup, first moved to Europe with Hamburger SV in 2008 and managed to break into the first team, just two years later.

He was quickly snapped up by Bayer Leverkusen, where he spent two seasons, scoring 21 Bundesliga goals before Mauricio Pochettino decided to bring him to London back in 2015. Ever since, Son has been a mainstay in the side, playing mostly on the left wing.

He has also been the best backup to Harry Kane in this time, leaving Vincent Janssen and Fernando Llorente struggling for game time. He is a natural finisher, with pace to burn and skills to show off. He is protective of the ball and usually productive with it, but what makes him an attractive option is his attitude on the field.

He is a hard worker, happy to do the dirty work and throw himself around for his side. He is a smart footballer and understands the game pretty well and his 18 goals and 11 assists in all competitions last season, shows that he belongs at the highest level.

What Will He Bring To Anfield?

The Reds have two of the best wingers in the league in Sadio Mane and Mohamed Salah, giving Son very little chance to break into the first team. But Liverpool are looking for a backup to Roberto Firmino in the first team and are inclined towards signing utility players, who can also play on the wing.

This is where Son is just the man Liverpool need. His playing style is just what Klopp wants from his players and his ability to play in any of the three attacking roles, makes him a necessity for the Reds.

He will also help Klopp with his rotation, that bore fruit last season so there is no reason for the Korean to be afraid of the game time he might get at Anfield.

But with his deal not running out till 2020, Spurs are in absolutely no hurry to sell. So it will be interesting if Klopp decides to pursue this venture.

Cindy Whitehead, to allow for those treatments to enter the market more. 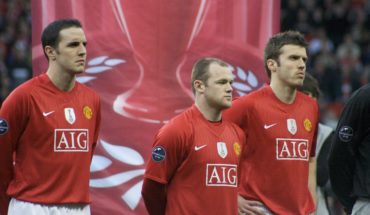