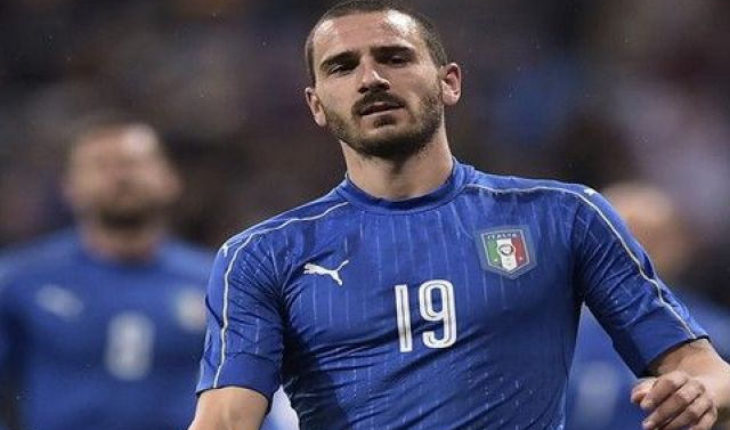 Jose Mourinho will not be a happy man as his Manchester United side have a lot of catching up to do if they are to compete for the league title with their neighbours Manchester City. The Portuguese tactician is desperate to add some quality to his first team and wants to improve on a number of areas in the squad.

One such player, who will surely improve United’s backline is Italian star Leonardo Bonucci.

Having failed to qualify for the Champions League next season, the Italian giants will have to sell more than one of their prized assets to comply with the FFP rules and it is understood that Bonucci could be on his way out after just a season in Milan.

The report claims that Chelsea are outsiders to land Bonucci while both Manchester United and Bayern Munich are close to landing him this summer. AC Milan are happy to seal a deal of £35m, with an initial year on loan so should Manchester United meet his valuation?

Having started his career with Viterbese, Bonucci played for Inter Milan and Genoa in the top flight before he was snapped up by Juventus back in 2010. He won six Serie A titles on the trot in Turin and made a minimum of 30 league appearances in almost each of the seven seasons he spent at the club before he decided to quit last summer when he joined AC Milan.

He was a part of the UCL team of the season last season and turned into the first choice CB for Milan this season but failed to provide the stability at the back that could have seen them qualify for the Champions League next season.

But at 31, with 300 Serie A appearances and 77 national appearances for Italy, he is an established star that can walk into most top teams in Europe.

A cool and composed presence at the back, Bonucci is a solid header of the ball and is dominating in his box. He can be useful in buildup from the back and is also effective in set-piece situations. His experience helps him get the better of the attackers in one on one situations and his ability to step out and clear danger quickly makes him one of the best defenders in Europe at the moment.

Mourinho spent on Eric Bailly and Victor Lindelof in the two summer transfer windows he has been at Old Trafford. While Bailly seems effective, Lindelof is yet to settle in, which forced the manager to use Phil Jones and Chris Smalling extensively.

But neither of the English stars has impressed the Portuguese manager, who now wants Bonucci as his first choice next season. The Italian international is a certain upgrade on every name in the squad at the moment but £35m for an ageing CB is the only problem for United.

He might not play at his best for more than a couple of years so The Red Devils need to assess their needs before they can spend big on Bonucci. But do you think he is the right man for Manchester United?

Can Stress and Anxiety Cause erectile dysfunction? Here ﻿viagra