Chelsea and Manchester United had two contrasting weekends. While the Blues meekly surrendered their advantage and only mustered a draw against lowly West Ham United, Manchester United came from behind to delay archrivals Manchester City’s title celebrations with a 2-3 win at the Etihad.

Chelsea and United are likely to be pretty involved in the summer transfer market and latest reports state that the Red Devils are looking to poach another Chelsea star.

Willian has always been a favourite of Mourinho and the gaffer is looking to sign the Chelsea attacker by offering the London side somewhere close to £30 million.

Willian will join Matic if he moves to Old Trafford

Nemanja Matic’s transfer to United last season made all the headlines because manager Antonio Conte was against the transfer. While the idea of losing a key player is bad enough, him moving to a direct rival is worse.

Willian has been a consistent player for almost three years now and selling him will be another blow. The Brazilian is in his peak years and his understanding with the likes of Fabregas, Kante and Hazard will be tough to replace.

United will have to get rid of Juan Mata if they hope to sign Willian though. The former Chelsea attacker still hasn’t managed break into the first team regularly and with Willian’s signing, he’ll be pushed further down the pecking order.

The 29-year old has mustered six goals and six assists in the Premier League. He also scored thrice in the Champions League and put in one of his best displays against Barcelona that Chelsea eventually lost.

Should he sign for the club, he will be expected to complete the United attack. Lukaku up front and the duo of Sanchez and Willian playing on the wings could be a pretty scary prospect next season.

Way cool! Some extremely valid points! I appreciate you writing this post cheap viagra and the rest of the is extremely good. 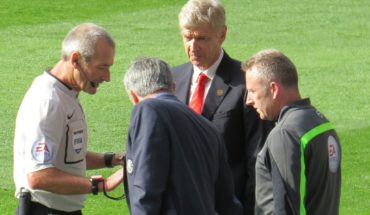