Antonio Conte will be lucky to keep his place at the helm of Stamford Bridge for another season but that has not stopped the club from scouting for players who can improve the squad for the upcoming campaign. This has seen the Blues linked with some of the finest stars in Europe and one name constantly doing the rounds is Serie A star Kalidou Koulibaly.

A transfer target even in the past, Chelsea failed to land Koulibaly with a £60m bid last summer but have reportedly not given up on landing him this summer. Reports from Italy claim that Koulibaly will once again attract interest from top clubs in Europe and that the likes of Arsenal and Liverpool, who are also desperate for a CB, have joined the race for his signature.

It is understood that Koulibaly may cost more than the initial £60m that Chelsea bid but it looks like the Blues are desperate and may meet his valuation before next season. But is he the right man for Chelsea?

Koulibaly And His History:

Standing as one of the most consistent defenders in Italy for over a couple of years now, the Senegalese international moved to Naples back in 2014 and took no time to cement himself in the first team at Stadio San Paolo. He has already made 118 Serie A appearances and is an experienced defender with a further 18 appearances for his international side.

Known for his strength and ability to break up play in dangerous areas, the 26-year old is also an excellent passer and is a huge asset for teams that play out from the back. He has four goals and an assist in 30 league games this season, which shows that he is also effective at the other end.

But his biggest asset is his strength in the air and his confidence to keep out even the best of the attackers in Europe. He is slowly growing into one of the best CBs in Europe and will be a huge coup for any club in England.

The Blues spent on David Luiz not so long ago but the Brazilian has lost his place in the squad and might be sold come the end of the season. This leaves Antonio Rudiger, Gary Cahill, Cesar Azpilicueta and Andreas Christensen as the only options for three places in a 3-man backline.

So Chelsea are desperate for another CB and Koulibaly fits the bill perfectly. He can play in all three positions across the backline, and not only adds stability to the squad but will also add balance to the backline, that has been missing at times this season. 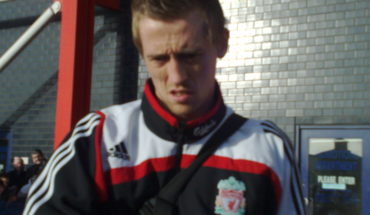