Sunderland might have earned a point against Millwall at the Den last weekend, but they need more than draws to keep their survival hopes alive. They are placed rock-bottom in the Championship table with 28 points from 35 games. On Tuesday, Chris Coleman’s side would host Aston Villa at the Stadium of Light.

While Jake Clarke-Salter is out of the fixture due to his suspension, Kazenga LuaLua is a doubt owing to his ankle problem. Coleman has a depleted squad to choose from as Duncan Watmore, Robin Ruiter, Darron Gibson and Paddy McNair are sidelined due to injuries.

Here is how we expect Coleman to roll out his starting line-up against Steve Bruce’s side.

Jason Steele was called to operate as the custodian against Millwall and the shot-stopper managed to please Coleman and Sunderland fans by putting forth a commendable performance. Thus, the 27-year-old is expected to start between the sticks once again, but there is no denying that the Villans would be much tougher opponents to cope with.

Coleman is expected to field a three-man defensive wall comprising of John O’Shea, Tyias Browning and Lamine Kone. Sunderland’s defensive line has been below-par more often than not and they need a solid display to boost their confidence.

Bryan Oviedo found the back of the net on Saturday and we expect him to operate as the left-wingback. At the right-wingback position, Adam Matthews is expected to start and his industry will come in handy. The fullbacks are expected to play a key role against Bruce’s men and they need to push the visiting side on the back-foot from the very beginning.

On-loan Liverpool midfielder, Ovie Ejaria, was a creative spark in the middle of the park in the last league fixture and he is set to be handed yet another start. Alongside him, Coleman is expected to give Lee Cattermole the nod and his experience should come handy against a quality opposition.

In 5 Championship starts for Sunderland, Ashley Fletcher has failed to score even a single goal and needs to find back of the net very soon. Fletcher is likely to be aided by Aiden McGeady from the left-wing. Callum McManaman could start on the right wing. 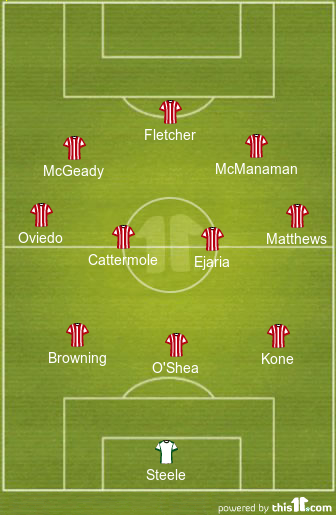 I am sure this paragraph has touched all the internet people, its really really good paragraph on building up new web read. 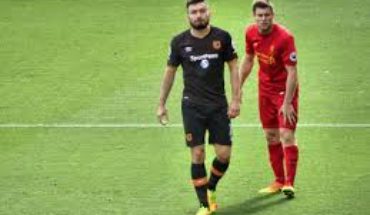