Manchester United’s attacking prowess is quite a scary prospect on paper, but has been quite timid in recent times. Solely connected to Mourinho’s more defensive set-up, the attacking guns are unable to fire regularly. The arrival of Sanchez added some more quality ammunition to this deadly attack but the Chilean has failed to hit the ground running.

And according to recent reports, RB Leipzig hit-man Timo Werner is keen for a move to Manchester United over Liverpool. He spoke of his dream and desire to play in the Premier League and of his love for Manchester United. Despite the firepower up top, Werner could be a hit at Old Trafford.

Boyhood dream for the German

Talking to Sky, Werner spoke of his dream as a small kid to play for the English heavyweights, recalling the Sir Alex Ferguson era that was witness to the most successful period of the club. The German said, “It used to be Manchester United under Alex Ferguson, who always won. A young boy is always a fan of those who win.”

The RB Leipzig striker, who is now one of Europe’s hottest prospects, will be hoping that he can get a ticket to Manchester to represent that legendary club.

The spotlight turned to Timo Werner last season as he helped the Die Bullen to a second place finish in the Bundesliga. Finding the back of the net 21 times whilst helping his teammates to 5 more, he made a name in German and European football. He earned a national call for the Die Mannschaft and made his debut against England in a friendly game.

The turnaround came in the Fifa Confederations Cup where he scored 3 goals and assisted twice, of which the assist against Chile proved to be the decider of the tie.

This season has been a fruitful one too thus far scoring 10 times in the league. His European tally of 5 goals in 8 games gives the Saxony based club a good chance in the Europa League.

What will he bring to Old Trafford?

Being used predominantly as a striker at RB Leipzig, the German can operate in all three positions in the final third of the pitch. His clinical finishing could be a huge addition to this United line-up as the Red Devils seem to be lacking some of it in recent times. He will strengthen an already deadly looking attack that consists the big names of Martial, Lukaku and Sanchez. With the youngster Rashford in the mix, United’s attack would have a nice mixture of pace, strength and experience, and not many can compete against such an attack. 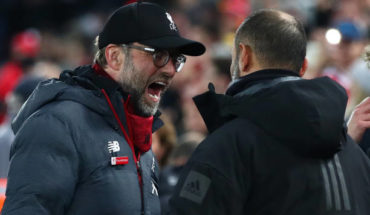