Wolverhampton Wanderers have successfully lured young Danish custodian, Andreas Sondergaard, to the Molineux Stadium from the ranks of Odense Boldklub Youth. Sondergaard has put pen to paper on a two-and-a-half-year deal and he was someone whom the Wolves were really craving to have. It is understood that the Championship outfit might have forked out a transfer fee of £400,000, as per one of the latest reports by Birmingham Mail.

The Daily Mail reported that the shot-stopper was a subject of interest from three high-profile Italian outfits but after his move to English football, it goes without saying that the Wanderers had the last laugh. Sondergaard is highly rated in Denmark and is touted as the next big thing for the Danish national side. He has represented Denmark at various age levels and has shown immense potential and calibre.

His most recent endeavours with the Denmark Under-17s were noteworthy, as the national squad made it through to the first round of the UEFA European Championship qualifiers. Although he wasn’t given a senior cap by his former club, he impressed with the Under-19 squad and Wolves’ sporting director, Kevin Thelwell rates him very highly and is keen to see him develop as a first-team player.

Under the stewardship of Nuno Espirito Santo, Wolves have indeed had a remarkable season so far in the league. Espirito Santo’s troops have dazzled in almost every aspect and they are rightfully placed at the top of the English second division table. They are not only aiming for an automatic promotion spot but are looking desirous to get the uplift in some style by clinching the Championship silverware.

Wolves possess strong financial muscle and they made some scrumptious signings in the summer to beef up the quality of their arsenal. The likes of Ruben Neves, Roderick Miranda and Barry Douglas were their notable purchases and prior to the signing of Sondergaard, they had made Rafael Mir sign on the dotted line earlier this month. They are a strong side and one would hardly argue on that.

Having had his current wish fulfilled, Espirito Santo might be looking for players who could aid them in the future. Signing exciting youngsters is an intriguing and riveting prospect and Sondergaard should be able to brush himself after joining up with the Under-23 squad. He is tall, good with reflexes and given that he is a 17-year-old, there is an adequate amount of time for him to develop his trade under the expert eyes at Wolves.

The fashion designer said in a new interview with The Times that Viagra generic viagra has happened to women in the last 15 years. 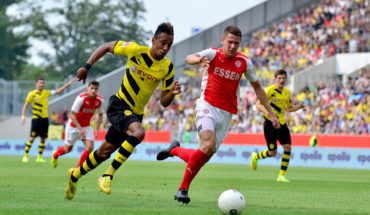