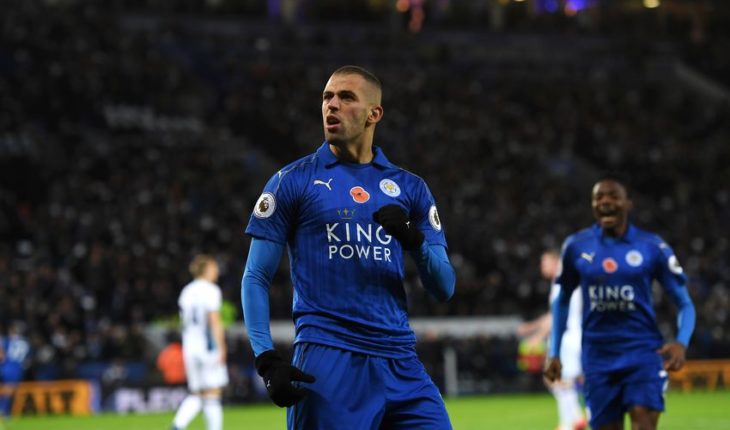 After a roller-coaster first half of the season, Newcastle United need to kick on in the coming months to ensure their stay in the English top flight. Rafa Benitez has a tough few months coming up as he is expected to squeeze his resources and ensure his side avoid the bottom three spots.

The positive news for the fans is that the Magpies finally signed a good player in Kenedy. The Chelsea wingback’s versatility will offer Benitez a quality option on the left. However, the club could add further reinforcements in the coming days.

Adding another proven goalscorer is perhaps one of the things the Tyneside outfit need to do. Aleksandar Mitrovic’s temperament often lets the team down while the duo of Joselu and Dwight Gayle haven’t been prolific in front of goal. In a bid to add more firepower, Newcastle have been linked with a move for Leicester City forward Islam Slimani according to reports. Leicester could sell him for a fee of £20million.

After his big-money move from Sporting Lisbon, Slimani hasn’t really impressed for the Foxes. It can be argued that he moved at a time when the side were in a bad phase. After winning the title more than a year and a half ago, Leicester had a terrible run under Claudio Ranieri in the 2016-17 season, which didn’t help Slimani.

This season, he has been sparingly used by Claude Puel. The Algerian has made just two starts in the league and as many as 10 substitute appearances. With just a goal and an assist to show for, Slimani has had a season to forget yet again.

The team have done well with Jamie Vardy and Shinji Okazaki up front, so getting into the starting XI is tough.

What will he add to Newcastle?

At the moment, it’s hard to see what he will add apart from maybe being a target man, at least one who doesn’t get himself sent off like Mitrovic.

Slimani is pretty tall and wins more aerial duels in the opposition half than any other current Newcastle striker. The problem is, with the inconsistent form of the wingers – Christian Atsu and Matt Ritchie – signing Slimani for big money would be a gamble. The need to sign a good number is imperative as strikers are pretty useless without service.

Add Slimani’s poor form to the aforementioned and a fee of 20 million pounds is perhaps too steep.