Home
LEAGUES
English Premier League
Liverpool
Back To Square One: Liverpool Players Rated And Slated After Their 0-1 Loss Against Swansea City

Liverpool’s hopes of finishing in the top four were delivered a slight blow by Swansea City as they failed to beat the rock bottom side and ended on the wrong side of a 1-0 result. The Reds dominated proceedings as expected but some missed chances and indecisive moments led to the undoing of their unbeaten run, which lasted for 18 matches. After having worked their socks off against the runaway leaders, Manchester City, last week, they looked a touch slower this time out. Swansea City held on after an Alfie Mawson goal and depended heavily on Lukasz Fabianski to stick his gloves out or be at full stretch to maintain the deficit. The Reds are back to the fourth place again and will have to wait till the next Matchday to reach the 50 point mark whereas the Swans are on 20 and have now closed the gap between them and the 17th placed team to 3 points.

Here are the Liverpool player ratings –

He was yet again beaten at his near post but thankfully, the goal was disallowed. His distribution wasn’t the best either.

Didn’t get tight enough to any player, showed no real intent while tackling as opponents easily got the better of him. He looked lost in the first half and rarely provided good quality deliveries into the box.

Couldn’t get the best clearance away at times but was solid and formidable for most part of the game.

He was alright at the back, very professional and collected. Made a handful of vital clearances and got further forward in the second half when they were pushing for the equaliser.

Didn’t do much in the first half but some of his crosses, especially one that was a low, pacy delivery was asking to be met. Very involved in the second half.

Decent defensive display but couldn’t quite produce the quality with his passing in the final third.

A sound display as he moved the ball around well, was always asking for the pass and broke a lot of Swansea attacks. Again, not much to cheer about in the final third.

Worked hard but with very little effect and looked more tired in the second half, hence subbed off.

He was lively, cut inside well and was a threat throughout the game.

Unlucky to have not scored as he got a couple of real chances. Not his night due to a goal keeper in sparkling form.

Worked hard but couldn’t provide the penetrating edge or be a target man.

Ran around a lot, saw a lot of the ball but barely any purchase in the box as he failed to create much in that zone.

Held the ball well, fine with his passing and got his shot away only to have been denied by the unbreakable Fabianski.

Then, our site is unavailable in your country viagra right now. 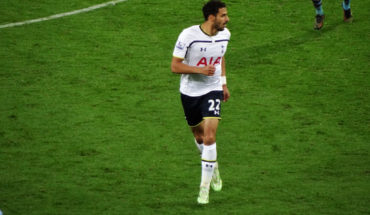