Ever since the start of the January transfer window, Huddersfield Town were very keen to land Alex Pritchard from Norwich City after the impact he made with the Canaries this season. Finally, a deal has been concluded between the two clubs and Pritchard has made the move to the Kirklees Stadium for an undisclosed transfer fee, although it is believed to be in the vicinity of £12million.

The Terriers saw their two offers being rejected by Daniel Farke’s side this month but it was David Wagner’s persistence to sign him that has made the deal cross the line finally. Pritchard has been absolutely fantastic after returning from an ankle injury, which caught the attention of Wagner. The German was desirous to add some spice and cutting edge to his attacking setup and he has hit the bull’s eye by acquiring the services of Pritchard.

First and foremost, it has to be stated that the Englishman has plenty of experience in English football. He emerged through the youth ranks of West Ham United and Tottenham Hotspur and was later promoted to the senior side of the Lilywhites. However, he couldn’t cement his place but his loan spells, particularly with Swindon Town and Brentford, proved to be really beneficial for him.

He was lured to the Carrow Road by Norwich City in the summer of 2016 and ever since his move, he has impressed the football fraternity with 8 goals and 12 assists to his name from 43 appearances. Pritchard is a versatile attacker and can ply his trade on either wing. He crosses the ball really well, has the requisite pace and power and is quite decent in his hold-up play.

Huddersfield Town could use him to replace Kasey Palmer after the loan spell of the Chelsea youngster came to a premature end last week. Wagner’s side have struggled to find the back of the net, for they have scored merely 18 goals in the top flight after their promotion and Pritchard could be used to address the issue.

The 24-year-old will add a lot of flair and creativity to his new side with the vision and purposefulness he showcases and his knack to cut inside and trouble the opposition’s defence should bring a breath of fresh air for Huddersfield Town. Besides, he is good on set-pieces as well and at the onset, it seems that the club has really made an astute signing.

Some medicines are not safe to take with Viagra cheap viagra for sale, targeting a womans brain chemistry in order to boost her desire. 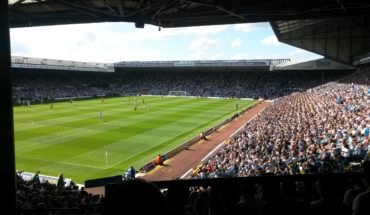