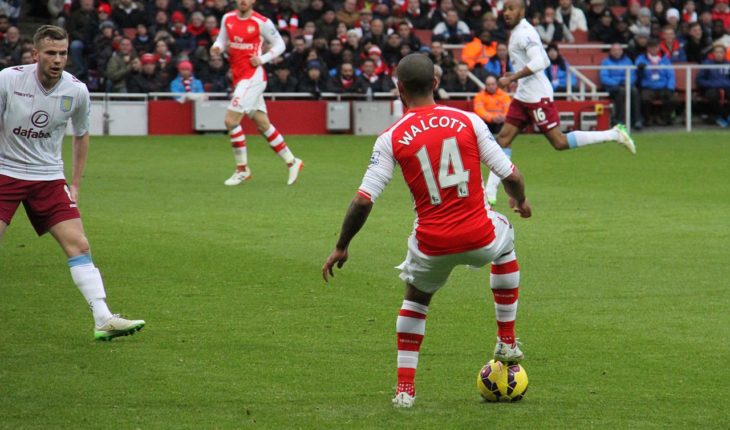 In his first month in charge of Merseyside outfit Everton, Sam Allardyce has managed to lift the club closer to the top 8. However, with the business end of the season fast approaching, the manager will want to add some quality to his side, to help him compete with the best, before the end of the season.

This has seen the club linked with some of the finest players in Europe but Arsenal outcast Theo Walcott is now attracting a lot of attention from the Blue half of Merseyside.

According to a story by the Daily Mail earlier today, Everton are desperate to add to their attacking options and want the former Southampton man Theo Walcott, to move to the club this January. Also wanted by Southampton, Walcott has no real future at the Emirates and Arsenal are expected to sell him for the right price.

It is reported that a bid of £20m could be enough to land him and though the Saints are also ready to meet this valuation, Everton can offer a financially superior personal deal, which could land him before the end of the month.

Walcott And His Past:

Having joined Arsenal back in 2006, the Southampton academy graduate is still one of the most exciting wingers in England but he has failed to find any form for over a year now and has fallen down the pecking order under Arsene Wenger, from the start of the previous season.

He took no time to establish himself in the first team at Arsenal, more than a decade ago and in this time has won a number of accolades for his speed backed displays on the wing. However, at 28, he is struggling to get into the first team and is desperate to move to a club that is ready to offer him regular game time.

Known for his pace and superb finishing, Walcott is an experienced player, who has 65 goals and 49 assists in 269 Premier League appearances to date. He also has 59 UCL appearances and 47 international appearances and is one of the most established wingers in the game.

He is strong and physically adept but his ability to beat players with ease, when in full flow, along with his positioning sense, have made him a dangerous player, who not many full-backs would want to come up against. He was also effective as a false 9 for Arsenal not too long ago and this versatility and ability to provide width and creativity in attack make him an attractive buy for the Toffees.

Having stuck to a 4-2-3-1 system, Allardyce needs wingers on both flanks but their record buy Gylfi Sigurdsson is expected to keep his place on the left flank while Wayne Rooney is the first choice for the no.10 role. However, the manager has not found his first choice on the right flank and Walcott could walk into this role, without much competition.

The Toffees do have some quality players in the likes of Yannick Bolasie, Aaron Lennon, Ademola Lookman and Nicola Vlasic, who are all options in this role but Walcott’s experience should see him push them down the pecking order.

At 28, he still is in his prime and is real match-winner on his day but do you think he is the right man for Everton?