From a side desperate to get out of the relegation zone to a side who are apparently placed 12th spot in the league table, Crystal Palace have shown a lot of grit, perseverance and consistency of late. It was the managerial change that played the trick as the club has seen an upward trajectory under Roy Hodgson.

However, the job is still far from done as 25 points doesn’t guarantee them safety by any means. Besides, the second half could throw a few surprises, so Palace need to ensure they add freshness to their squad as they can ill-afford to be complacent.

The ongoing January transfer window is an excellent opportunity for Hodgson to beef up his arsenal and as per one of the latest reports by The Daily Mail, the side are poised to sign Getafe’s custodian, Vicente Guiata, to strengthen their goalkeeping position. Guiata is expected to be the first signing of the former English national side’s manager, and the deal is likely to cost Crystal Palace £3.5million.

Guiata emerged through the youth ranks of CD Monte-Sion and Valencia and was later promoted to the senior side of the latter. He played nearly 100 games for the La Liga outfit and has even plied his trade in the Champions League against the likes of Manchester United, Bayern Munich and Paris Saint-Germain.

He was signed by Getafe in the summer of 2014 and his contract with his current employers expires in the summer. Thus, Getafe might sanction his move to the Selhurst Park in order to avoid losing him for free in the summer transfer window.

Hodgson has used both Julian Speroni and Wayne Hennessey so far this season but both have left a lot to be desired. There is a need to bring someone with immense experience and calibre who could make a galvanising impact at the club and this is precisely why they are targeting the 31-year-old shot-stopper.

Apart from Crystal Palace, another Premier League club, Watford, are also keen to make Guiata sign on the dotted line and it would be intriguing to see which club has the last laugh.

With half a month to go, Palace can’t rest on their laurels and need to get the deal done as soon as possible. It’s unlikely he’ll take too long to adjust considering his experience, so he might turn out to be a good signing 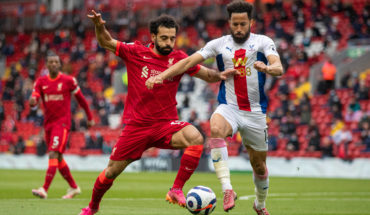