As per one of the latest reports by Sky Sports, Crystal Palace are keen on signing Fiorentina’s striker, Khouma Babacar in the ongoing January transfer window to beef up the quality of their attack. The report also reveals that the Serie A outfit are apparently asking £15million for Babacar.

Babacar emerged through the youth setups of Rail, Pescara and Fiorentina and was eventually promoted to the senior side of the Lilies. He has had loan spells with Racing Santander, Padova and Modena and has proven himself to be a decent striker.

However, he hasn’t been handed the adequate number of games by his current employers so far this season. The 24-year-old has not been given even a single start in the Italian top-flight, although he has mustered 4 goals in 15 substitute appearances so far. At this stage of his career, Babacar needs to be playing regularly and thus, a move to Crystal Palace could be just what he needs.

Under the tutelage of Roy Hodgson, Crystal Palace have turned their season around and the element of boldness is once again evident from their performances. The players have once against started to show voracious attitude and Hodgson’s side have made a radical transformation of their stature from being a relegation-threatened side to a side capable enough for a mid-table finish.

However, given that the job of ensuring safety is still half done, Hodgson has made it clear that he does need some additions this month to keep his side’s momentum intact. Crystal Palace’s apparent interest to sign Babacar makes complete sense, for Christian Benteke has scored just 1 goal in 17 Premier League appearances.

Babacar can be a goal-getter for the London-based outfit if a move eventually materialises. The Senegal international is good at holding the ball. He is strong and well-built, is a calm and composed customer and is quite clinical inside the box. Besides, his pace makes him a counter-attacking threat.

Palace’s impressive run has earned them a lot of plaudits, but the team is heavily reliant on the likes of Wilfried Zaha and Bakary Sako. In fact, their change in form coincided with Zaha’s return from injury, so the need to add more competitiveness to the squad is essential for the side to push on and challenge the top 10 sides in the league table.

The effectivity of Viagra, or how long Viagra will last for here 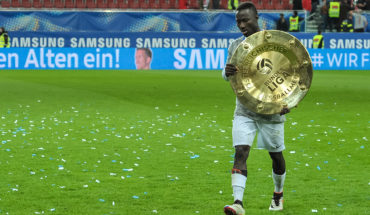