Manchester City will look to beat Newcastle United and notch up their 18th successive win in a single season and hence make the current record even more secure. Manchester City can set a new club record of 20 unbeaten league games against a specific opponent. They also went 19 matches unbeaten against Barnsley between 1898 and 1987.

Hence, with another City win, we can expect another slew of records tumbling as has been the case this season with the Sky Blues.

With Manchester United managing to drop 4 points in the last 4 days, this will really see City streak further ahead and they can end this round of fixtures 15 points ahead of their closest rivals.

But while the fans wait in anticipation of another footballing spectacle and hopefully a goal-fest, City have been pegged back by the reported absence of David Silva once again. The Spaniard, who had recently missed a couple of games due to ‘personal reasons’, is apparently in Spain and therefore City will have to do without Merlin’s services.

David Silva is in Spain and will not play against Newcastle tonight. [@10JoseAlvarez]

This will most likely see Ilkay Gundogan start in midfield while the prospect of a rest for De Bruyne is tossed out of the window. But as we have seen previously, City look like being immune to any setback and as much as Rafa Benitez will back his experience and guile to thwart Pep’s magicians, we just don’t see Newcastle United get anything out of this game.

Way cool! Some extremely valid points! I appreciate you writing this post cheap viagra for sale and the rest of the is extremely good. 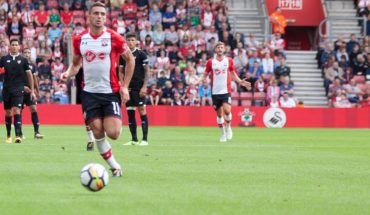