Manchester United have been the best team in the Premier League so far and are playing some sparkling football. They have scored 12 goals in just 4 games and have conceded just a couple, with 3 clean sheets. They returned to Champions League and swept aside Basel 3-0 at Old Trafford this past midweek.

José is working his way towards his ‘second season’ glory yet again, it seems. Romelu Lukaku is proving to be at the centre of attraction along with the others who are shining brightly. He is proving to be a revelation at Manchester and is fitting in rather perfectly. They now take on Everton at Old Trafford, a game not to be taken lightly.

Paul Pogba is reportedly out for weeks, almost six of them. Things were going all good for Manchester United, but Pogba’s absence could have an effect. He is a key member in the XI, especially in a busy September for José.

Excellent shot stopper, best reflexes in the league. No doubts to his start.

Manchester United look more balanced with him around, he is far more disciplined, experienced and threatening than the others in his position. Also is in charge of dead balls.

Strong, leading the centre well and a complete defender. Has silenced his critics with his early season performances.

Looks in red-hot form at the back and he is relishing partnership with Jones. Will be a starter.

Fast, steaming and a smart player. Probably the most consistent over the recent past for the Red Devils.

Much needed! He can choke space, protect the back four and allow midfielders to make attacking forays.

A free-flowing player, superb distance shooter and looking to prove his point. Expected to start in Pogba’s absence.

A player who can take the game forward and test the opposition defenders with quick crosses into the box, adds on to the creativity on the pitch.

He played RW last week, but wasn’t as effective. He looks a challenging player in the centre with his driving runs and through balls.

The kid is proving to be a strong force to reckon with, he is direct, expressive, enjoys himself and scores frequently. 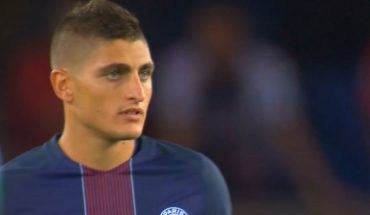