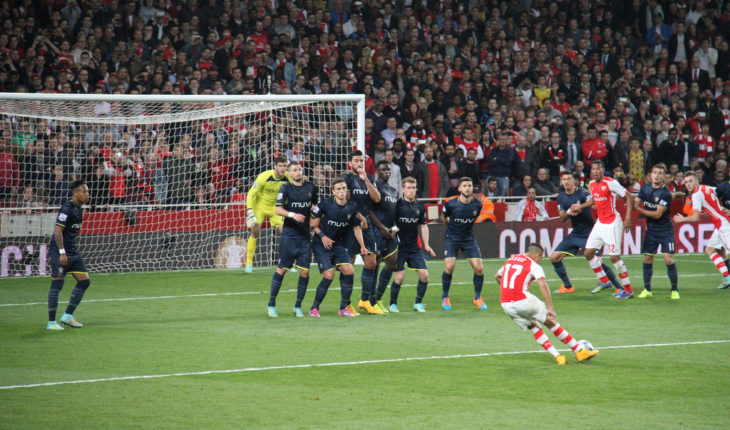 Having fallen short of their high standards last season, Barcelona are not having the greatest time in the summer as they are yet to make a stellar addition to their squad. And now, they have been forced to sell Neymar Jr to the cash-rich French outfit PSG, who met his €222m buy-out clause.

The Brazil international is easily one of the best players around in the game at the moment and will be a huge loss for Barcelona. But they will have enough funds to find an able replacement or two and one player now linked with a move to the Camp Nou is Chilean star, Alexis Sanchez.

Alexis Sanchez is easily one of the most productive and creative playmakers around in Europe at the moment and he was in impeccable form for the Gunners in the previous season in England. However, the lack of progress at the Emirates has now seen him reveal that he wants to quit the club this transfer window but Arsenal are adamant not to sell him to a direct rival.

Arsene Wenger will also be thinking about keeping him for another season and risk letting him go for free and has recently revealed that Sanchez will respect the club’s decision. But reports from Spanish news outfit Don Balon now reveal that Barcelona are interested in buying him back this summer. With just a year left on his contract, he is not expected to be too expensive but is he a decent option for the Catalan giants?

Sanchez and his astonishing numbers

In his career, Sanchez averages a goal or an assist in just over 90 minutes and is easily one of the best players around in Europe at the moment. He was in impeccable form recently and at 28, is currently at the top of his game and probably one of the best, immediate, replacement for the creativity of the Brazilian for Barcelona.

To add to those numbers, the fact that all his La Liga appearances came at the Camp Nou will make him a superb option for Barcelona. Sanchez has just one year left on his contract and has openly rejected a new deal from the English club. He is not expected to cost more than €50m and is a must-buy for Barcelona, who sold him to Arsenal back in 2014.

At 28, he may not be a long term replacement but his signature will give Barcelona a year at least to search properly and scout for the next Neymar to add to their side. But do you think Alexis Sanchez is the right man for Barcelona?

bookmarked!!, I really like your how to get viagra cheap!